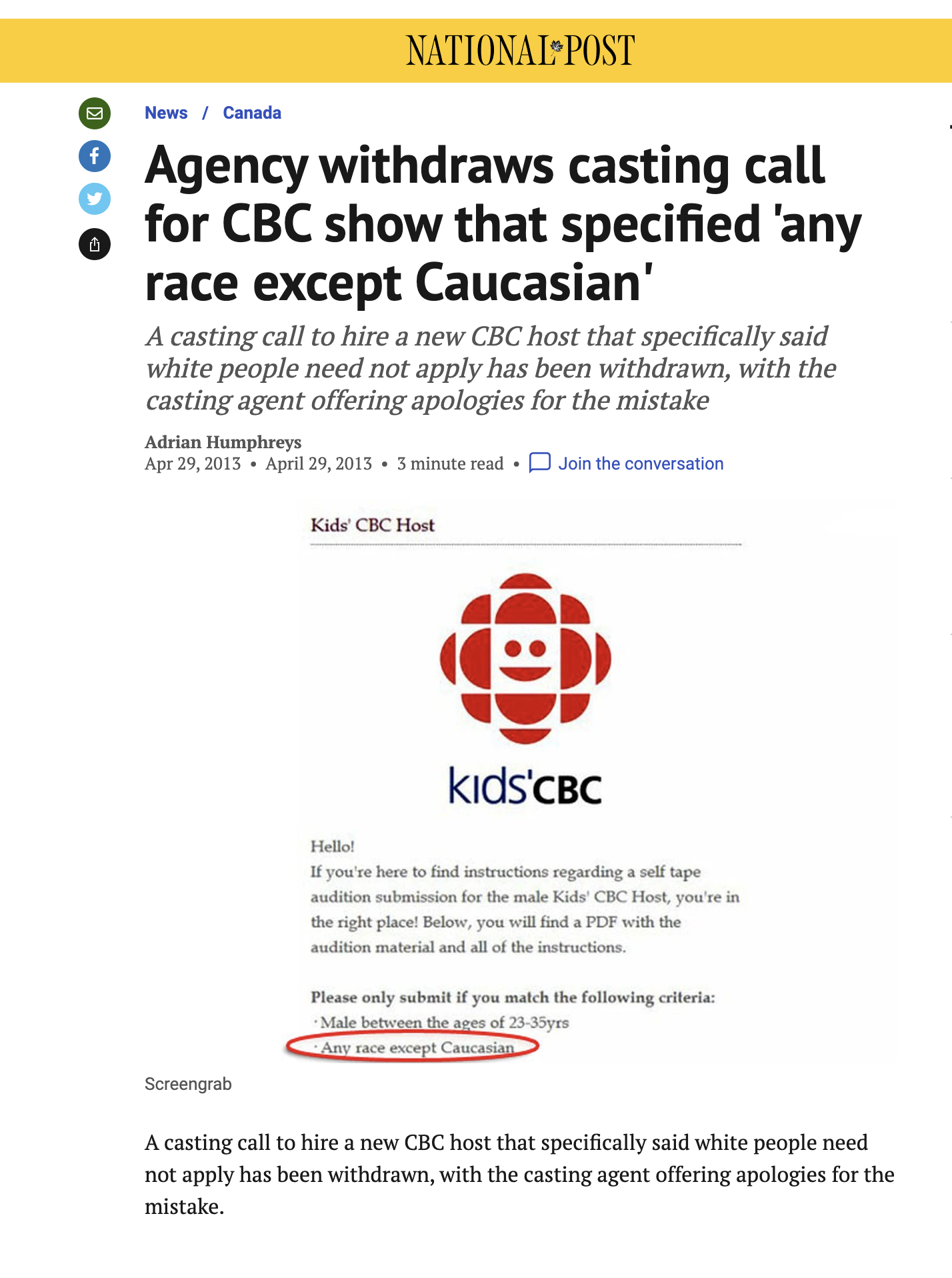 “You’re trying to be more inclusive, visually, by being exclusionary.”

The independent agency contracted by the CBC to post the ad said it was a mistake.

“We were asked to seek a cast of diversity. We mistakenly took that to mean that the production was not seeking Caucasian actors. This was a mistake that was made entirely by the casting company.

“Of course, it’s open to all ethnicities,” she said.

Chuck Thompson, head of media relations for CBC English Services, said the language in the ad was regrettable but the public broadcaster was indeed looking for diversity.

The best part is "The language was regrettable, sorry, I meant to say we are looking for diversity." The lack of self awareness seems like something out of a Southpark episode. Like "Those damn stinky Indians!" "Native Americans, Randy." "Oh, Im sorry youre right. Native Americans."

I harassed the agency a bit on Twitter for it

I guar an fucking tee ain't no white people are going to be hired for whatever stupid bullshit this is for
People say they all want the truth, but when they are confronted with a truth that disagrees with them, they balk at it as if it were an unwanted zombie apocalypse come to destroy civilization.
Post Reply
4 posts • Page 1 of 1