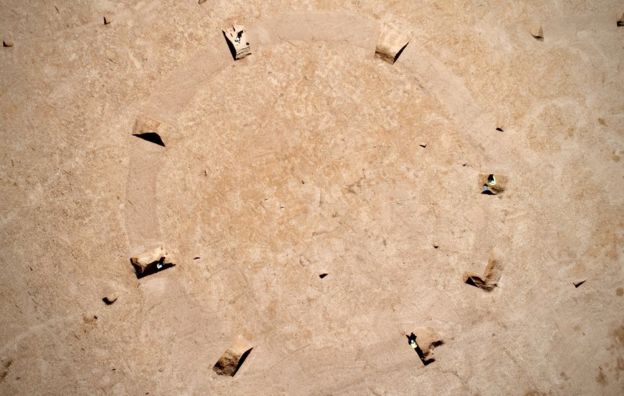 An "exciting" discovery of a Neolithic or early Bronze Age monument has been unearthed in an archaeological dig.

Albion Archaeology made the find in a field in Biddenham, just outside Bedford, where homes are to be built.

"This level of investigation of a particular area is relatively rare and offers a unique opportunity to better understand our ancestors," he said.

The monument is among the earliest remains on the site. It would have formed part of a wider landscape of similar monuments known to have existed locally within a loop of the river Great Ouse, Mr Leslie said.

It is thought to have been constructed about 6,000 years ago and likely "provided a focus for ceremonial and ritual activities," he added.

Evidence of an Iron Age settlement was also found, including several storage pits and a roundhouse.

"The most unexpected discovery was the presence of relatively extensive Anglo-Saxon remains" with a "sunken-featured building" and an oven, Mr Leslie said. 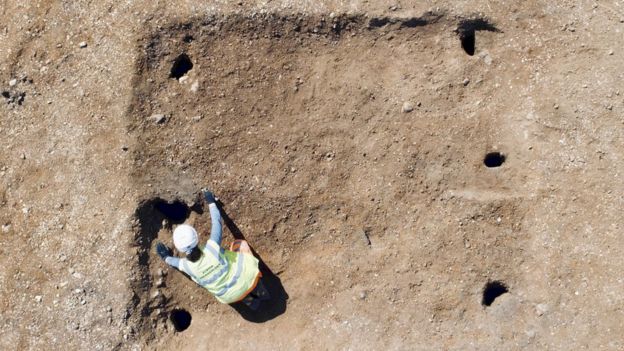 "As archaeologists we are very excited about the findings," he said.

"We are building up a really fascinating picture of the various stages of past occupation in this area.

"The remains uncovered are of at least regional significance."

Mr Leslie added: "The investigations have revealed a wealth of information about the previous inhabitants of the area, stretching back as much as 6,000 years.

"The remains offer a fantastic addition to our knowledge of Neolithic, early Bronze Age, Iron Age and Anglo-Saxon settlement in the area."

The investigations are being carried out in conjunction with RPS Consulting Services, on behalf of builders Dandara.

Planning consent was given with a condition that an archaeological dig was to take place, with the findings recorded before construction could start.

Chris Higgins, from Dandara, said: "It's great to have an advanced understanding of such key periods of history and to have a unique opportunity to appreciate the historical importance of the site."

https://www.bbc.com/news/uk-england-beds-bucks-herts-57926247
- I rent this space for advertising