The survival of fairy faith in folklore

The survival of fairy faith in folklore

This is a topic that has been consuming me lately. Some interesting links:

Iv got some docs to watch too when I find the time.

I have more time for listening than reading... any docs recommended by our man Luigi will be watched 100%

Topic is fascinating, stories of gnomes etc as well. I remember a vid that went on for 1.5 hours of just testimony from people in Iceland claiming stories of these things. It went on and on, perfectly sensible folk of various ages just telling it like any other thing. Still rattles in my head, super interesting.

Just watched this one. Short but good:

Can any Irish people confirm if they still do the All Saints Day thing?

This is at least 90% bullshit but still posting for fun

Not related but some cool stuff on stone-age hybrid creatures depicted in art that I found and feel like you guys would like:

I do wonder though if these were part of a shamanic faith.

Could explain GSP's missing time. He was taken to Elfham. 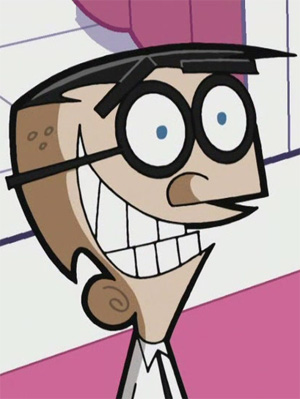 To do a comparative analysis, I set my eye to Germany and the Grimm Brothers. For anyone who has read the links I posted or watched the videos, you will be shocked by the similarities. Even in 3 short stories all the quintessential traits are described:

[spoiler]
The Elves
Jacob and Wilhelm Grimm
First Tale
A shoemaker, through no fault of his own, had become so poor that he had only leather enough for a single pair of shoes. He cut them out one evening, then went to bed, intending to finish them the next morning. Having a clear conscience, he went to bed peacefully, commended himself to God, and fell asleep. The next morning, after saying his prayers, he was about to return to his work when he found the shoes on his workbench, completely finished. Amazed, he did not know what to say. He picked up the shoes in order to examine them more closely. They were so well made that not a single stitch was out of place, just as if they were intended as a masterpiece. A customer soon came by, and he liked the shoes so much that he paid more than the usual price for them.
The shoemaker now had enough money to buy leather for two pairs of shoes. That evening he cut them out, intending to continue his work the next morning with good cheer. But he did not need to do so, because when he got up they were already finished. Customers soon bought them, paying him enough that he now could buy leather for four pairs of shoes. Early the next morning he found the four pairs finished. And so it continued; whatever he cut out in the evening was always finished the following morning. He now had a respectable income and with time became a wealthy man.

One evening shortly before Christmas, just before going to bed, and having already cut out a number of shoes, he said to his wife, "Why don't we stay up tonight and see who is giving us this helping hand."

His wife agreed to this and lit a candle. Then they hid themselves behind some clothes that were hanging in a corner of the room. At midnight two cute little naked men appeared. Sitting down at the workbench, they picked up the cut-out pieces and worked so unbelievable quickly and nimbly that the amazed shoemaker could not take his eyes from them. They did not stop until they had finished everything. They placed the completed shoes on the workbench, then quickly ran away.

The next morning the wife said, "The little men have made us wealthy. We must show them our thanks. They are running around with nothing on, freezing. Do you know what? I want to sew some shirts, jackets, undershirts, and trousers for them, and knit a pair of stockings for each of them, and you should make a pair of shoes for each of them."

The husband said, "I agree," and that evening, when everything was finished, they set the presents out instead of the unfinished work. Then they hid themselves in order to see what the little men would do. At midnight they came skipping up, intending to start work immediately. When they saw the little clothes instead of the cut-out leather, they at first seemed puzzled, but then delighted. They quickly put them on, then stroking the beautiful clothes on their bodies they sang:

Are we not boys, neat and fine?
No longer cobblers shall we be!

Then they hopped and danced about, jumping over chairs and benches. Finally they danced out of the house. They never returned, but the shoemaker prospered, succeeding in everything that he did.

Second Tale
Once upon a time there was a poor servant girl who was diligent and neat. Every day she swept out the house and shook the sweepings onto a large pile outside the door. One morning just as she was beginning her work she found a letter on the pile of sweepings. She could not read, so she stood her broom in the corner and took the letter to her employers. It was an invitation from the elves, asking the girl to serve as godmother at the baptism of one of their children.
At first the girl did not know what she should do, but finally they convinced her to accept. It would not be right, they said, to decline such an invitation.

Three elves came and led her to a hollow mountain where the little people lived. Everything there was small, but more ornate and splendid than can be described. The new mother was lying in a bed of ebony decorated with pearl buttons. The covers were embroidered with gold. The cradle was made of ivory, and the bathtub of gold. The girl stood in as godmother, and then wanted to go back home, but the elves asked her fervently to stay with them for three days. She agreed to do so, and the time passed pleasantly and joyfully. The little people did everything to make her happy.

Finally she wanted to return home. They filled her pockets with gold and led her outside the mountain. She arrived home. Wanting to begin her work, she picked up the broom that was still standing in the corner and started to sweep. Then some strange people came out of the house and asked her who she was and what she was doing there. It was not three days, as she thought, that she had spent in the mountain with the little men, but rather seven years. In the meantime her former employers had died.

Third Tale
A mother had her child taken from the cradle by elves. In its place they laid a changeling with a thick head and staring eyes who would do nothing but eat and drink. In distress she went to a neighbor and asked for advice. The neighbor told her to carry the changeling into the kitchen, set it on the hearth, make a fire, and boil water in two eggshells. That should make the changeling laugh, and if he laughs it will be all over with him. The woman did everything just as her neighbor said. When she placed the eggshells filled with water over the fire, the blockhead said:
Nun bin ich so alt
Wie der Westerwald,
Und hab nicht gesehen,
Daß jemand in Schalen kocht.

Now I am as old
As the Wester Wood,
But have never seen anyone
Cooking in shells.

And he began laughing about it. When he laughed, a band of little elves suddenly appeared. They brought the rightful child, set it on the hearth, and took the changeling away.

From the previous material it was often mentioned that the idea of them being tiny and having wings and generally being strictly benevolent in modern depictions came from Victorian romance writers, influenced by the christian notion they were fallen angels, and previously they had been the small leprochaun like beings who could be either good or evil or neither. I recently read that the idea that they were short was popularized by shakespeares Midsummer Nights Dream, which became popular all through Europe. This makes sense to me, as the idea that they lived in hilly mounds and the name elf meant something like "white being" originally suggests they were ancestor spirits who arose from their burial mounds and mingled in nature. The idea of them being small seemed without explanation until now.

And to bring post-viking age scandinavia into this:

Ive also been recommended some literature thats not available online and will require shopping on amazon. I will have to remember to do so one day when I have more time, more money, and a girlfriend

Elves, Wights and Trolls by Kveldulf Gundarsson seems to be the best book on it, while there are also various Scandinavian folk story compendiums to look at.