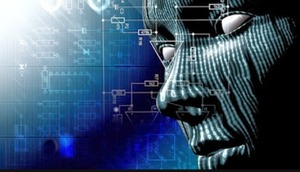 There is a prophecy. Cataclysms hit the world, except Russia. A russian army is to come and cleanse the evil in the world. People will bring in a new One world leader that will be Neo Christian Ultra Right. Imagine a leader aligned with God. Chaos.
Monotheism stole my forskin

Interesting set of facts from the Great James Corbett:

1. Putin is named by Klaus Schwab himself to be a loyal member of the WEF
2. Putin is fuelling the War in Ukraine as much as any other
3. Putin is making new laws to fight 'misinformation' and censor/control free speech
4. Putin promoted all the exact same covid ID/vaccination programs as the west
5. Putin is pushing AI Trans-humanism
6. Putin speaks admirably of China's government

A critical infrastructure facility was damaged in a Russian drone attack in Kyiv on Monday according to a Ukrainian military commander.

Serhiy Popko, head of Kyiv's military administration, said on Telegram that Ukrainian forces shot down 18 of the 23 Iranian-made Shahed attack drones launched by Russia at the capital on Monday.

Popko added that two districts of the capital bore the brunt of the damage. A road in Solomyanskyi district was damaged and fragments of a drone landed on a high-rise residential building in Shevchenkivskyi district.

Two people were injured in the attacks, which come after several cities in Ukraine, including Kyiv, were hit by Russian missile strikes on Friday that dealt a major blow to the country's civilian infrastructure, leaving many people without light, power or heat.

https://edition.cnn.com/europe/live-news/russia-ukraine-war-news-12-19-22/index.html
- I rent this space for advertising

Found a good source for some real on-the-ground reporting, videos, interviews etc from the Russian side of this conflict.

This woman shows that the horrors on the Russian side/getting blown up by Ukrainian/NATO fire is immense.
Claims over 10,000 Russian civilian deaths since the pre-war aggressions

Yet not a murmur of news, concern, nor even pity from the west.
Not a shred of critique for NATO for firing on residential areas killing innocent Russians

Now that Russia has halted Ukraine's progress the West has decided to escalate the type of weapons they are sending to Ukraine. Before it was short range missiles and artillery, now its armored vehicles. It seems the game plan is for Ukraine to make a bit of progress, get halted, then they send tanks, which then get halted, and then they send fighter jets so Ukraine can eventually expel Russia, but in the longest and most agonizing fashion so that both countries destroy each other to the maximal extent.

Luigi wrote:Now that Russia has halted Ukraine's progress the West has decided to escalate the type of weapons they are sending to Ukraine. Before it was short range missiles and artillery, now its armored vehicles. It seems the game plan is for Ukraine to make a bit of progress, get halted, then they send tanks, which then get halted, and then they send fighter jets so Ukraine can eventually expel Russia, but in the longest and most agonizing fashion so that both countries destroy each other to the maximal extent.

War is great for business and politics.

They are meant to be perpetuated as long as possible, not won.

Nice. RT is so good for balancing the western mainstream narratives.

The hypocrisy of the US Foreign military policy has been so absurd for so long. What they criticize vs what they do is just so insane for anyone to believe.

They have us over a barrel’: Inside the US and German standoff over sending tanks to Ukraine

Washington
CNN
—
The Biden administration is stuck in a standoff with Germany over whether to send tanks to Ukraine ahead of a key meeting of Western defense leaders in Germany on Friday.

In recent days, German officials have indicated they won’t send their Leopard tanks to Ukraine, or allow any other country with the German-made tanks in their inventory to do so, unless the US also agrees to send its M1 Abrams tanks to Kyiv – something the Pentagon has said for months it has no intention of doing given the logistical costs of maintaining them.

“They have us over a barrel,” a senior Biden administration official told CNN Thursday, adding that the Germans are demanding tanks for tanks, and not budging on considering any other offers the US has made to spur Berlin to send the Leopards.

The tank standoff comes amid a much larger debate between the US and its European allies over whether to send increasingly sophisticated weaponry to Ukraine, including longer-range missiles that would allow Ukraine to hit targets as far as 200 miles away.

The UK, Poland, Finland and the Baltic states have all been pushing for NATO members to provide heavier equipment to Kyiv amid what they believe is a key inflection point in the war. Both Ukraine and Russia appear to be gearing up for new offensives and there are signs that Moscow could be preparing an additional troop mobilization.

Last week, the British added pressure to their Western allies when they announced they would send 14 of their Challenger tanks to Ukraine. But Germany and the US were still opposed to the idea of sending their own tanks as of Wednesday.

Berlin then dragged the Biden administration deeper into the standoff, suggesting their delivery of tanks was contingent on the US doing the same.

“If America will decide that they will bring battle tanks to Ukraine, that will make it easier for Germany,” German Vice Chancellor Robert Habeck told Bloomberg from Davos on Tuesday.

Asked on Wednesday at Davos about supplying tanks to Ukraine, German Chancellor Olaf Scholz made a similar point, saying Germany was “Strategically interlocked together with our friends and partners” and that, “we are never doing something just by ourselves but together with others, especially the United States.”

In what appeared to be a softening of Germany’s stance, German Defense Minister Boris Pistorius, who just assumed the job this week, told The New York Times on Thursday night that he was “not aware of any such linkage” between the US needing to send tanks for Germany to send them. But he did not make any firm commitments.

Full read: https://edition.cnn.com/2023/01/19/politics/us-germany-ukraine-tanks-weapons/index.html
- I rent this space for advertising