Also, don't log out or you won't get back in. It says 'this board has no forums' and the log in option disappears. I had to use a different browser to get in here to post this.

Boy whoever did this really showed us eh. All ten of us.
el rey del mambo

Probably should archive the forum somewhere. 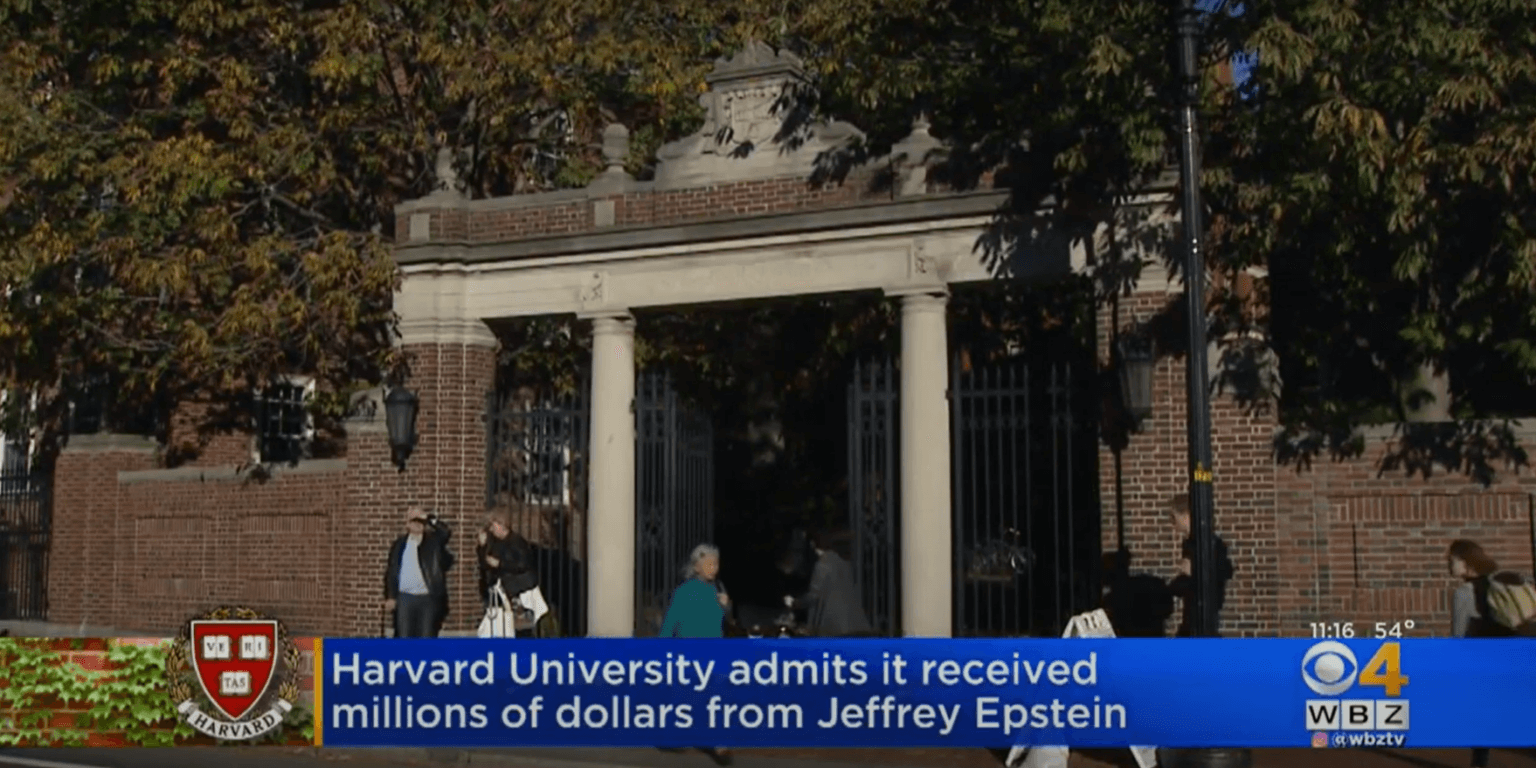 When Jeffrey Epstein, the financier and socialite, was charged with sex trafficking in July 2019 (and before he died in a federal jail a month later), I published a post showing how central Israel was in Epstein’s circle. Those Israel supporters included Epstein’s patron the business mogul Leslie Wexner, who granted Epstein “sweeping powers over his finances, philanthropy and private life;” Epstein’s lawyer, Alan Dershowitz; former Israeli PM Ehud Barak, who got a million-dollar investment by Epstein in a reported security business; and the man at whose offices I met Epstein when I covered the story years ago, p.r. man Howard Rubenstein.

Last week, the Epstein scandals continued to play out with shocks to two other friends’ careers– at Harvard and the Museum of Modern Art in New York. Both these men were also advocates for Israel.

I focus on these stories to show that the press once again avoids the Israel angle, even though high-stakes networking is a vital component of the Israel lobby in the United States. Of course, you’ve heard the theory that Epstein and his friend Ghislaine Maxwell, also charged in sex trafficking, operated a sex ring on behalf of Israeli intelligence to compromise politicians with underage women. But I’m not getting into that here. The scandal no one raises an eyebrow about is that Epstein’s friend Wexner funds a program at Harvard’s government school to provide training to Israeli public officials, including bringing them to meet American Jewish organizations. That’s the Israel lobby hard at work inside a prestige institution.

One of the Epstein-blowback stories from last week also involves Harvard. The school disciplined mathematician Martin Nowak and closed a research program he started because of the unseemly degree of access that Nowak extended to Epstein in exchange for millions of dollars in funding, according to news reports. The Boston Globe related some of the unseemly conduct: Even after being imprisoned on sex charges Epstein had his own room at Nowak’s program’s offices in Harvard Square, with keys and security cards, and came and went, “routinely with young women who acted as his assistants,” even as other staff complained.

The Israel angle here– unmentioned in the coverage — is that Epstein also dictated at least one academic choice to Nowak. Nowak reportedly rescinded an invitation to a renowned biologist after Alan Dershowitz complained to Epstein, because of Israel.

The story was related by J. Lorand Matory, an anthropology professor then at Harvard, in the Harvard Crimson. In 2007, Matory said, Nowak

invited Rutgers biologist Robert L. Trivers to speak on the occasion of his receipt of the prestigious Crafoord Prize in biosciences from the Royal Swedish Academy of Sciences. Hours before the scheduled speech and party, according to Trivers, Nowak abruptly rescinded the invitation and said that he was doing so under the orders of someone he would not identify. Also according to Trivers, Jeffrey Epstein later admitted ordering the cancellation and said that he had done so under pressure from Dershowitz. Epstein, a legal client of Dershowitz, had donated the funds used to establish [Nowak’s Program for Evolutionary Dynamics] PED, which, according to other sources, depends for its future effectiveness on further funding from him.

Dershowitz, who is also a Faculty Affiliate of PED, had complained of a letter to the Wall Street Journal in which Trivers described Israel’s attacks on Lebanese civilians during the 2006 invasion as “butchery.” He also called Dershowitz a “Nazi-like apologist” for justifying it, and told Dershowitz to “look forward to a visit” from him if his public justifications continued. Trivers denied any intent to threaten or harm Dershowitz physically.

Nowak moved from Princeton to Harvard after Epstein pledged $25 million to the school, according to Vanity Fair. At that time, Harvard’s president was Larry Summers, another advocate for Israel who himself had a “long, disquieting” friendship with Epstein, from whom Summers solicited many gifts to the school. As for Dershowitz, he is of course among Israel’s leading advocates in the U.S.– and he visited Epstein’s “mansions in New York and Palm Beach and occasionally accompanied him on his private plane” and has been accused of having sex with women Epstein trafficked, a charge Dershowitz denies.

Harvard’s president has said, the case raises questions about how the school vets donors; while the school paper laments that between 2010 and 2018, even as a convicted sex offender, “Epstein enjoyed a privileged position at Harvard.” You have to wonder whether Israel support played a role in his impunity.

The second name in the news last week has far more social weight than Martin Nowak. Leon Black said he would not stand for reelection as chair of the Museum of Modern Art and stepped down from the chairmanship of Apollo, what the Wall Street Journal calls a “behemoth” of a private investment firm, following a controversy over lavish payments he had made to Epstein years after Epstein’s 2008 conviction on sex charges.

The figures are astronomical. Black “paid $158 million to Mr. Epstein for tax and estate advisory services…. [and] he also lent Mr. Epstein $30 million,” according to the New York Times. The Wall Street Journal says that an outside investigation found no evidence that Black was engaged in Epstein’s criminal activities; but Black stated that the “relentless public attention and media scrutiny concerning my relationship with Jeffrey Epstein… have taken a toll on my health.”

The Black Foundation’s gifts to Israel organizations are right alongside sizeable gifts to many very acceptable institutions: Columbia University, the Clinton Foundation, Rockefeller University, Memorial Sloan Kettering, a charter school in Harlem, the Park Avenue Synagogue, and the Roundabout Theatre among others. Indeed, last week when Black said that he would not run again for the MoMA chairmanship, one source in the New York Times expressed concern that the museum would lose out on gifts of art or money because of Black’s absence. Even though 150 artists signed a statement demanding his removal.

Sadly, there are not public campaigns for a leading financier to step down from nonprofit institutions over gifts to the Israeli army. And Leslie Wexner’s program at Harvard’s school of government to educate Israeli officials about American Jewish institutions is just business as usual. That is never the scandal.

Maybe that will change, but one positive of the Epstein scandals is they reveal how leading American institutions, in Democratic Party strongholds, are closely tied to pro-Israel funding.

NSPCC = National Society for the Prevention of Cruelty to Children.

MOST high-level child sex pedo traffickers operate under some sort of public organization claiming to act for the betterment/protection of children in some way.
Don't make me prove it to you, lol

Naomi Campbell once again appears in such company. I am guessing a lot of celebs who run in these circles were trafficked/abused as children but if they were exceptionally good looking or talented they get invited in 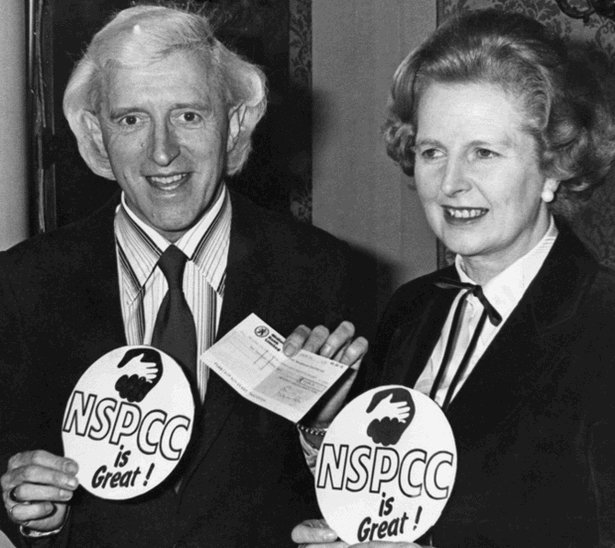 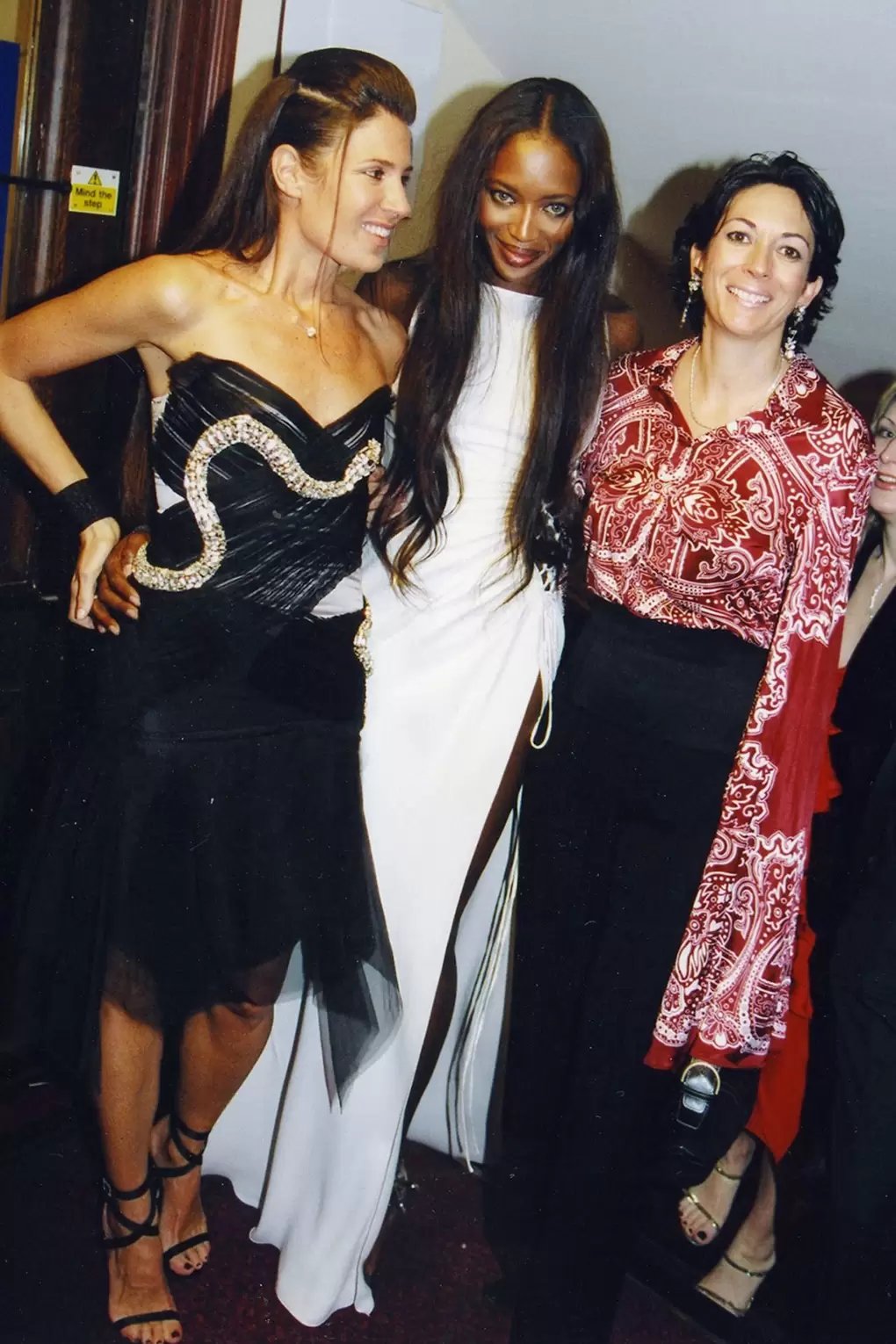 But he was just a simple pizza shop owner, right? 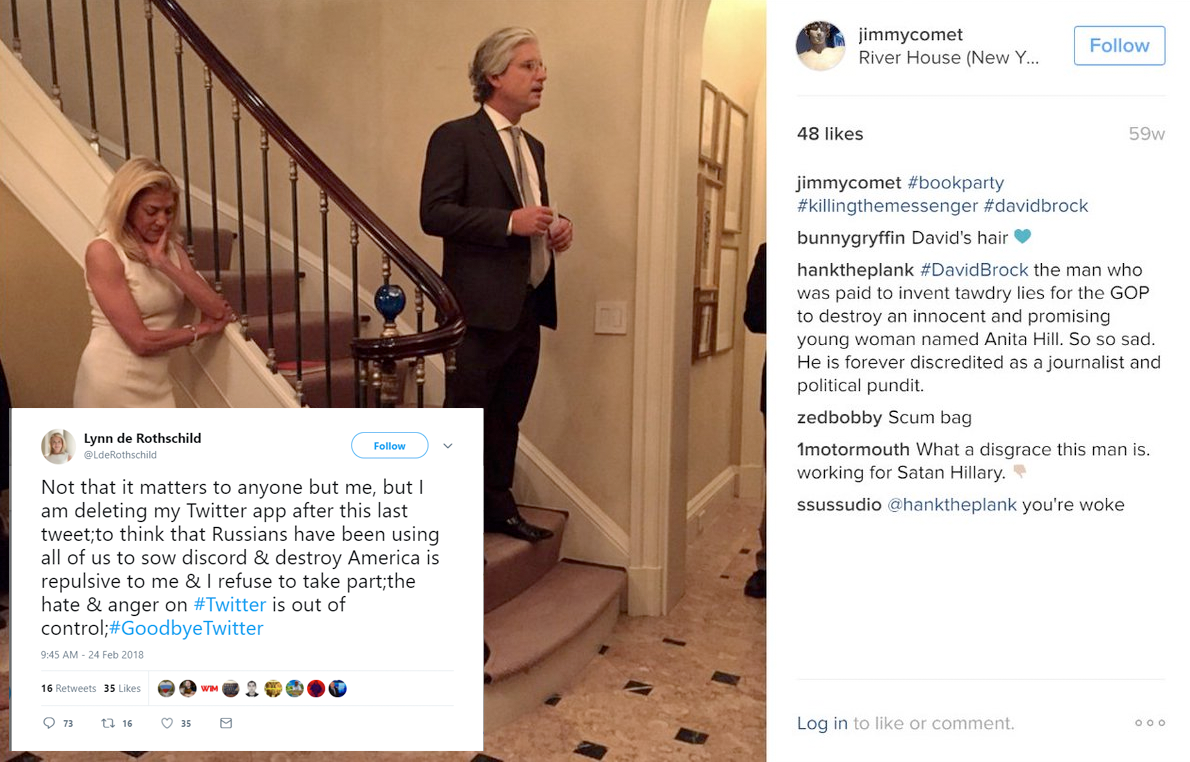 GEORGE Galloway has demanded ‘an emergency statement’ from the SNP-run Scottish government over shocking claims that they have given over £1m to an LGBT group campaigning to drastically lower the age of consent.

The claim that Stonewall Scotland and LGBT Youth Scotland, both of which receive funding from the Scottish Government, are campaigning for such a move was first made by Margaret Lynch, an Alba party candidate for Central Scotland at the party’s Women’s Conference held yesterday. 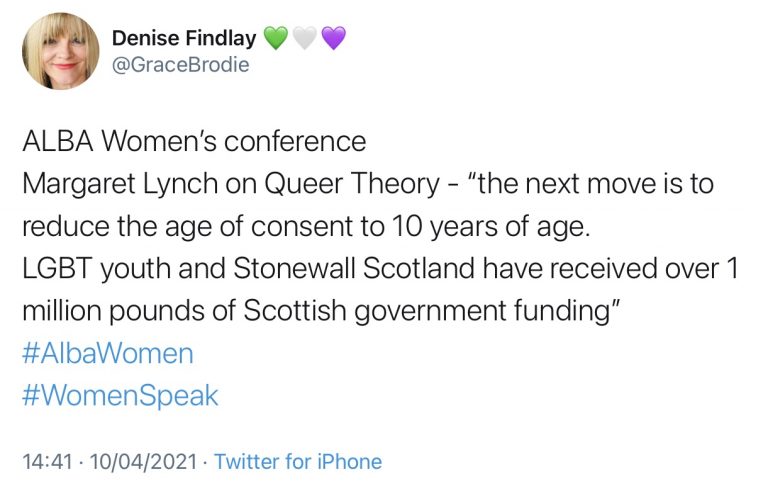 Breaking the story, popular political website wingsoverscotland.com wrote that “While watching reports from the Alba Party women’s conference that took place this afternoon, we saw something that we thought must be wrong. But it wasn’t.

“ILGA World – the International Lesbian, Gay, Bisexual, Trans and Intersex Association – is an organisation that we hadn’t heard of until today. Just over a year ago they released, as part of a 200-member caucus of other groups, something called ‘The Feminist Declaration’. It’s a mostly-innocuous document of demands about women’s rights, but buried in the middle of it is a very disturbing section.”

The section in question is a demand to “End the criminalisation and stigmatisation of adolescents’ sexuality, and ensure and promote a positive approach to young people’s and adolescents’ sexuality that enables, recognises, and respects their agency to make informed and independent decisions on matters concerning their bodily autonomy, please and fundamental freedoms”.

Other groups who have signed the declaration include Labour-backing Unite The Union.

The logic behind the claim that the section is essentially a demand for children to be allowed to have sex, centres around the World Health Organisation defining “adolescents” as people aged between 10 and 19.

Wings continues with: “the only possible interpretation of “end the criminalisation of adolescents’ sexuality” is a reduction in the age of consent to 10 years old. Indeed, a slightly earlier paragraph of the Declaration is more explicit about it:

”Eliminate all laws and policies that punish or criminalize same-sex intimacy, gender affirmation, abortion, HIV transmission non-disclosure and exposure, or that limit the exercise of bodily autonomy, including laws limiting legal capacity of adolescents, people with disabilities or other groups to provide consent to sex”

“Hey @scotgov we need an emergency statement. Wings has alleged you have lavishly funded an organisation which is part of an Alliance campaigning to reduce the Age of Consent to 10. It doesn’t get more serious than that. Many are angry with you. Explain yourselves.” 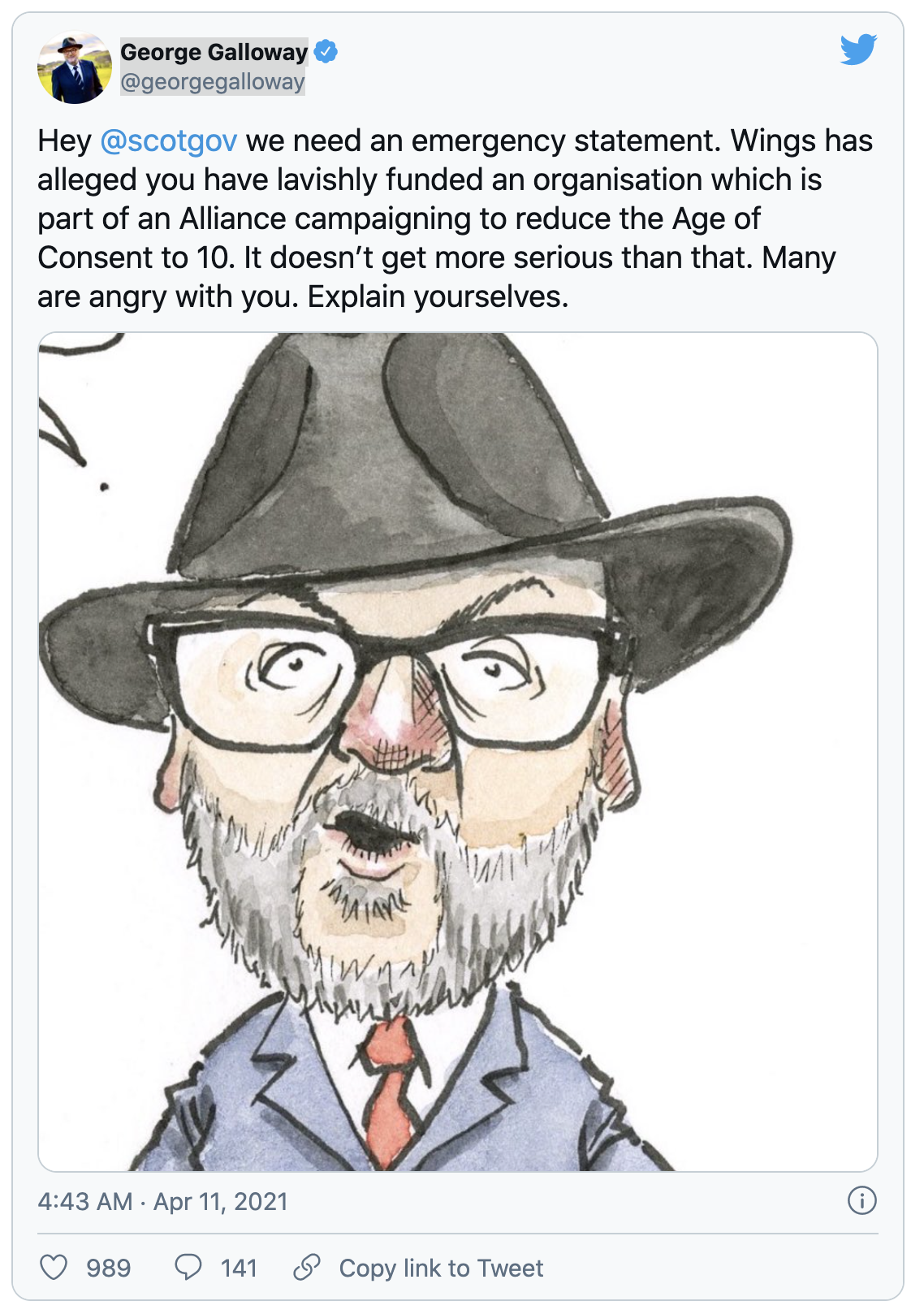 One of the signatories of the declaration is Stonewall Scotland, whose website states they campaign “for the equality of lesbian, gay, bi and trans people across Britain”. The charity quickly rejected the accusation, issuing the following statement on Twitter:

Another signatory mentioned during the conference is LGBT Youth Scotland, whose former Chief executive James Rennie was sentenced to life imprisonment for 50 charges relating to a paedophile ring operating in Scotland. The group has not yet made comment.

“The organisations referenced have both signed up to this demand, and both have received substantial amounts of Government funding” said a spokesperson. “These are reputable organisations that make a positive impact on the lives of many in Scotland.

“If the organisations do not support what they have signed up to it is for them to say or provide clarification, it is not for women that attended our women’s conference to defend concerns that women have raised based on fact.“

Www.yahoo.com/news/guards-duty-night-ep ... 13531.html
People say they all want the truth, but when they are confronted with a truth that disagrees with them, they balk at it as if it were an unwanted zombie apocalypse come to destroy civilization.

Canuckster wrote:So apparently the guards on duty the night Epstein died admit they willfully and knowingly completed materially false count and round slips regarding required by counts and rounds for Epstein unit

Makes you wonder who the prosecutors are and who they're taking orders from.

https://educate-yourself.org/tg/
People say they all want the truth, but when they are confronted with a truth that disagrees with them, they balk at it as if it were an unwanted zombie apocalypse come to destroy civilization.
Post Reply
353 posts

Users browsing this forum: No registered users and 13 guests