So I've been sick for a little over a week now, and if I have to rest in bed for multiple days I thought I'd get some easy reading to help pass the time. So I picked up a couple o Star Wars books that had been receiving high reviews.

BOTH of them had obscure references to Gender Fluidity, Multiple Genders, and use of Gender Pronouns:

The first book was called LEIA: Princess of Alderaan.
Here is the quote in question: 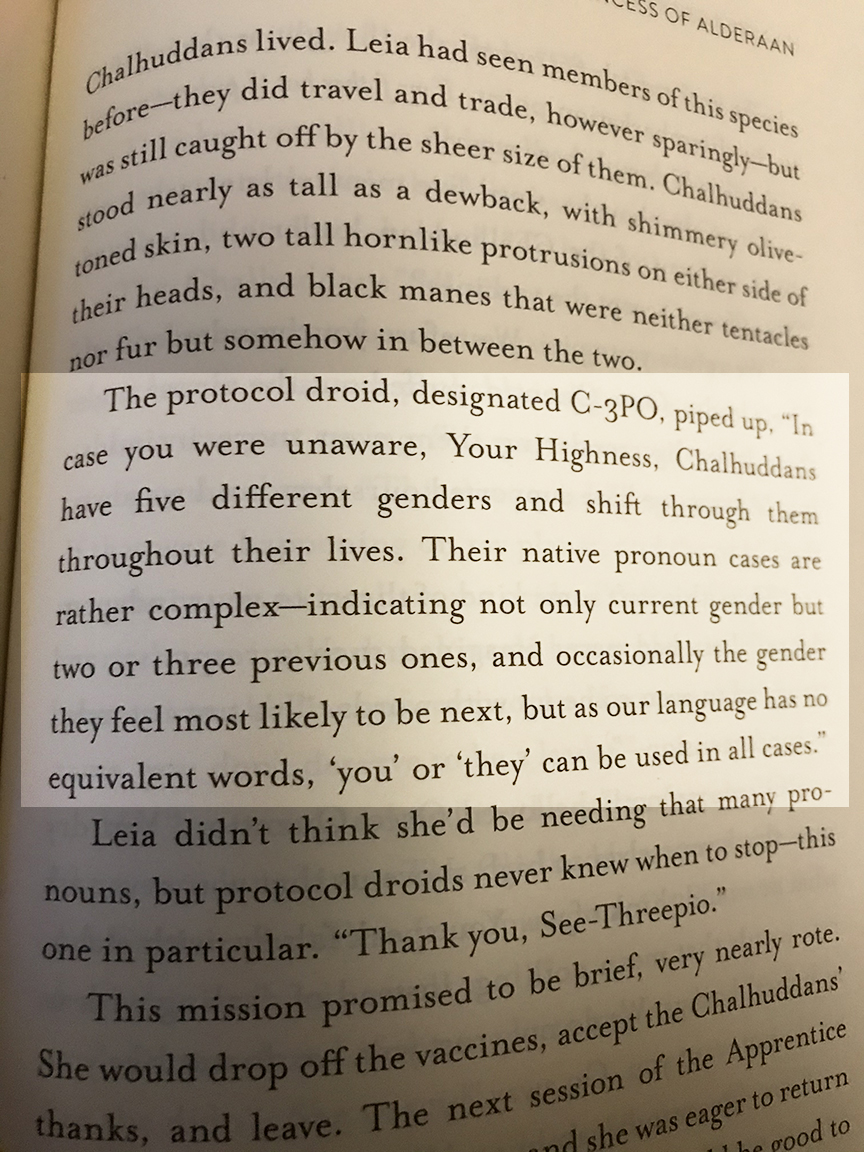 The second book was called BLOODLINES: 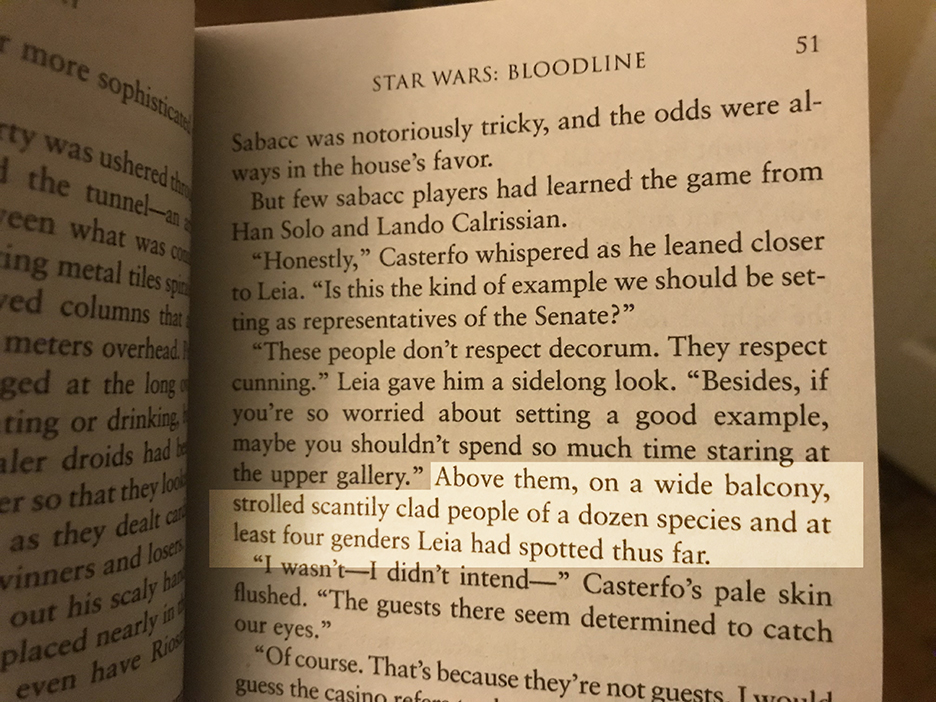 
Neither of these examples have ANYTHING to do with the story. The second one does not even make sense because Leia is specifically roasting the other character for looking up at the 'scantily clad' people up on another level, yet somehow without looking she identifies 'at least 4 genders'...? How does that even work? Even if you could stare at them directly without shame how would you identify 'at least 4 different genders'??

It's so fucked up man. Super sad also because aside from these bizarre inserted lines, the books are brilliantly written and a helluvalota fun if you're a Star Wars fan. I can't tell if the AUTHOR has gender issues and wrote them in herself (with approval from Disney editors of course), or if she was coerced by Disney to have these bits inserted in her book. I am suspecting the latter but I don't know.

This is the same Disney that thought it would be a good idea to have a graphic scene in The Last Jedi where Luke 'milks' an alien creature's genitals that somehow look like breasts.
I won't post the pics because I find them so revolting.

I shudder to think the % of other Star Wars books on the shelf that have similar references - do ALL the new Canon books have something like this inserted???

The bare tits (nudity in a Star Wars movie?!?!?) are clearly in the creature GENTIAL REGION. 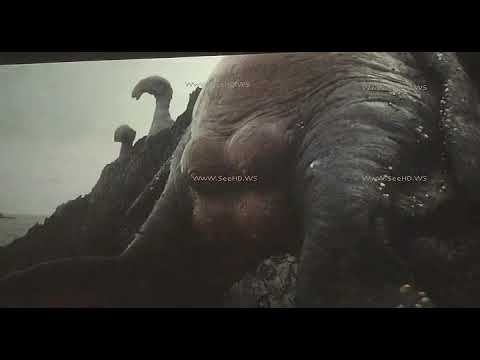 I remember stories of how The Last Jedi was way too long, and they had to ruthlessly chop it down and cut stuff out to get it to a reasonable length for viewing. In screenwriting, this means cutting everything that doesn't move the STORY. If it can be cut and the story still works, cut it - this is BASIC screenwriting knowledge.

But they somehow decided this scene was important. I can't even guess how much $$$$$ was spend on creating the prosthetics for the scene.

I thought that scene was disturbing enough but its clear Disney is adamant on continuing the propaganda, inserting it even into their novels.

I shudder to think what they will put in The Last Jedi for all the impressionable kiddies to witness.
Post Reply
2 posts • Page 1 of 1