Comparisons of organic and conventional agriculture need to be better, say researchers

Comparisons of organic and conventional agriculture need to be better, say researchers

Summary: The environmental effects of agriculture and food are hotly debated. But the most widely used method of analysis often tends to overlook vital factors, such as biodiversity, soil quality, pesticide impacts and societal shifts. These oversights can lead to wrong conclusions on the merits of intensive and organic agriculture, according to a trio of researchers.

The most common method for assessing the environmental impacts of agriculture and food is Life Cycle Assessment (LCA). Studies using this method sometimes claim that organic agriculture is actually worse for the climate, because it has lower yields, and therefore uses more land to make up for this. For example, a recent study in Nature Communications that made this claim was widely reported by many publications, including the BBC and others.

But according to three researchers from France, Denmark and Sweden, presenting an analysis of many LCA studies in the journal Nature Sustainability, this implementation of LCA is too simplistic, and misses the benefits of organic farming.

"We are worried that LCA gives too narrow a picture, and we risk making bad decisions politically and socially. When comparing organic and intensive farming, there are wider effects that the current approach does not adequately consider," says Hayo van der Werf of the French National Institute of Agricultural Research.

Biodiversity, for example, is of vital importance to the health and resilience of ecosystems. But globally, it is declining, Intensive agriculture has been shown to be one of the main drivers of negative trends such as insect and bird decline. Agriculture occupies more than one-third of global land area, so any links between biodiversity losses and agriculture are hugely important.

Usage of pesticides is another factor to consider. Between 1990 and 2015, pesticide use worldwide has increased 73%. Pesticide residues in the ground and in water and food can be harmful to human health, terrestrial and aquatic ecosystems, and cause biodiversity losses. Organic farming, meanwhile, precludes the use of synthetic pesticides. But few LCA studies account for these effects.

Land degradation and lower soil quality resulting from unsustainable land management is also an issue -- again, something rarely measured in LCA studies. The benefits of organic farming practices such as varied crop rotation and the use of organic fertilisers are often overlooked in LCA studies.

"LCA simply looks at the overall yields. Of course, from that perspective, it's true that intensive farming methods are indeed more effective. But this is not the whole story of the larger agroecosystem. A diverse landscape with smaller fields, hedgerows and a variety of crops gives other benefits -- greater biodiversity, for example," says Christel Cederberg of Chalmers University of Technology, Sweden. 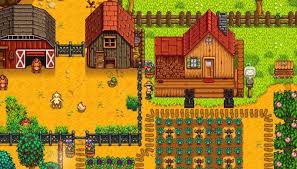 "We often look at the effects at the global food chain level, but we need to be much better at considering the environmental effects at the local level," says Marie Trydeman Knudsen. The researchers note in their study that efforts are being made in this area, but much more progress is needed.

A further key weakness is when hypothetical "indirect effects" are included, such as assuming that the lower yields of organic agriculture lead to increased carbon dioxide emissions, because more land is needed. For example, another prominent study -- from a researcher also based at Chalmers University of Technology -- suggested that organic agriculture was worse for the climate, because the requirement for more land leads indirectly to less forest area. But accounting for these indirect effects is problematic.

"For example, consider the growing demand for organic meat. Traditional LCA studies might simply assume that overall consumption of meat will remain the same, and therefore more land will be required. But consumers who are motivated to buy organic meat for environmental and ethical reasons will probably also buy fewer animal-based products in the first place. But hardly any studies into this sort of consumer behaviour exist, so it is very difficult to account for these types of social shifts now," says Hayo van der Werf.

"Current LCA methodology and practice is simply not good enough to assess agroecological systems such as organic agriculture. It therefore needs to be improved and integrated with other environmental assessment tools to get a more balanced picture" says Christel Cederberg.