The religion of the Finns is something that has interested me for a long time, but the lack of English sources has really hindered me (though I have now managed to get my hands on some stuff). At first I assumed that the place to look was among the Sami, because no serious attempts were made to Christianize then until the 1600s I believe. Following this trail led me to some good descriptions of Sami shamanism but ended with the disapointing conclusion that by 1800 their old religion was completely underground.

I had assumed this had happened to the Finns much earlier as foreigners started Christianizing them about 600 years earlier. However, one thing that I've learned in studying this sort of thing is that the early Catholic church was desperate when it came to overcoming folk traditions and often had to settle with converts praising Jesus but with highly syncretized folk beliefs (e.g. the Irish). The greater the geographic isolation from Christendom the harder it was for Christians to exert influence, gain converts, and enforce religious purity, which can lead to a long lasting traditions of syncretic pseudo-Christianity (Orkney, Lithuania, Latvia, vast swaths of Africa). It turns out that this was also the case with the Finns, and uprooting such deeply held beliefs in the name of purity can be just as hard as converting an untouched people like the Sami to an entirely new faith.

When the Christians went to Finland they used the word Jumala to translate "God." The word could simply be used to vaguely mean a god and thus be used for a new concept of THE god like in English, however Jumala was actually also the name of a Finnish sky god, with the cognate form in Mari still being the name of a sky god. The reason this was able to slip by them was probably because Jumala was seen as a primordial creator god, but not as an active god who cared much for earthly matters. In this way it parallels the Lithuanian term Deivas, which apparently actually entered Finnish belief as "Teivas." Another Baltic god who entered the faith was Perkunas, who became Perkele. When Christians found the Finns it was Perkele who they equated with the devil, likely because they had already been trying to convert Balts and recognising the name assumed it was going to be their main rival. Because of this demonization to this day the Finnish word Perkele is used as an interjection swear word.

So the Christians were off to a bad start, but things get worse, and I dont just mean the standard 100 years of missionaries getting axed. As Christianity crept in, mostly through Swedish imperialism into western coastal Finland, it became highly syncretized with paganism. For example, the main Finnish pagan god was named Ukko("Old Man"), who aquired epithets such as "the great Jesus." His female consort and counter part Akka was syncretized in this way with the virgin Mary. This made it exceptionally difficult to convince the Finns they were commiting any kind of un-Christian sin, as we can see from accounts by churchmen in the 1500s and 1600s. The main survival of knowledge of the old ways is the rich tradition of orally recited mythic poetry that convey epic tales in the manner of The Iliad. These were collected by folklorists sporatically in the 1600s and systematic in the 1800s as the tradition was dying out. These were compiled and woven into a single narrative as the Kalevala, the Finnish national epic. However because the Kalevala was edited selectively by its author, a more authentic source of Finnish faith is the SKVR, a full compilation of recorded folk poetry which is fully available online:

These folklorists also recorded the practices of the tietaja -a term which means wizard/sorcerer. This was someone who could be called on to cure injuries, assist in marriage, and ever curse your enemies. They were heavily persecuted in the witch trial era. I still have to do more reseach on them but the detail of the accounts I have found so far are amazing. For example, ethnographers recorded a tietaja who also worked as a blacksmith in Katee, East Finland in 1896 who had an elaborate process to cure epilepsy which involved calling on Ukko, Tapio, Honkatar, Tapiotar, Mielikki, Tellervo, God/Jumala, Ilmarinen, and Vainamoinen.

Another major survival was the midsummer festival devoted to Ukko:

The Finnish folk scolar Eero Salmelainen documented this still being practiced in rural Finland as late as the 1850s.

The folklorist Samuli Paulaharju recorded it as late as 1910 in northern Karelia(a region that is today controlled by Russia on their Finnish border but which is culturally very closely related to the Finns and from what I can tell their languages are very intelligible).

As you can see folk beliefs were remarkably resiliant in Finland. As for revivalist efforts, apparently there was already a revival movement in the early 20th century called Ukonusko ("Ukko's Faith"), but so far I haven't found any more information of this. Today they have the typical situation of a very small community of devoted followers familiar from other western lands.

Bonus: Fun fact, the Norse in the viking age considered the Finns/Sami to be masters of galdr(magic) and would go to them and especially their women for help with magic. To me this also seems similar to the Rus vikings who used a Hunnic woman to ritually slaughter the servant girl of a recently deceased cheiftan for his funeral pyre. In my research I also learned that the Finns considered the Karelians the masters and the Karelians considered the Sami the masters(from Marina Takalo book. They said only the Sami wizards had the power to turn into bears).

Invocation of Ukko and Akka:

About holiday of Ukko:

The religion of the Finns is something that has interested me for a long time, but the lack of English sources has really hindered me (though I have now managed to get my hands on some stuff).

- I know hat feeling. Before icould read english without a ditionary the smallest sentence was a giant challenge!

Edge Guerrero wrote:The religion of the Finns is something that has interested me for a long time, but the lack of English sources has really hindered me (though I have now managed to get my hands on some stuff).

- I know hat feeling. Before icould read english without a ditionary the smallest sentence was a giant challenge!

I remember in university I had to re-teach myself German every 2 years or so to read an important source and every time was so hard. It would take me an hour to read a few pages. With Finnish I dont even try though, it is too strange lol

Finnish folk believer has a talk with a Native Canadian:

Finnish scholar who became friends with Himmler and his Nazi buddies and gave them a tour through Karelia meeting many tietajas along the way aparently:

However looking through the guys bibliography I found:

Im highly sceptical but it would be so cool if thats legit. Also Im willing to bet this will have some good info:

My library hunts goes ever onward.

Good summary of the beliefs:

[spoiler]
In late spring around sowing time or in the case of looming drought a feast called Ukonvakat (Ukko’s vakka) was held. The feast was dedicated to Ukko (literally 'an old, revered man'), the god of rain and thunder, as rain caused the rye and barley to grow.

In the Finnish-Karelian ethnic tradition, Ukko was an important god who provided the necessary rain for the slash and burn farming. Besides mastering over weather and agriculture, Ukko was also called to help in various efforts and to bring health and peace.

The vakka celebrations were held at least in Karelia, Savo and Häme. The celebrations often took place by a lake, or on a hill or island. These places were sometimes named after Ukko. The word "vakka" (bushel, often from birch bark) probably refers to Ukko's share of the foods that were placed on a bushel and given as an offering. In the folk poems the plural "vakat" refers to (originally religious) feast with plenty of good and drink.

Description from the Hauho village dating back from 1662 mentions villagers preparing for the celebrations by brewing nine jugs of beer. The feast was held by a lake, where people settled in a circle. The celebration was organized by Sigfrid Antinpoika, who stood waist-deep in the water and prayed for Ukko.

"Sacred gracious Ukko
Come to visit us,
Give the land some taste
Soften your fields (with rain)!"

After the prayers, people drank the sacred beer, enjoyed foods and spend good time. Lastly, a raffle was held to decide which house would organize the feast next time. Being selected as the organizer was a great honor.


The original prayer in Finnish:

Some cool youtube videos I wish I could understand:

A most prosperous blessing from Ukko:

Interesting that aparently to this day in the Dvina region Karelian women contact ancestors in dreams.

Footage from the 1920s of the Karelian sorcerers(tietaja) performing their craft:

Also, I found out about Marina Takalo, a runesinger who apparently had religious views influenced by the ancient poetry who lived until 1970. Apparently a study was done of her worldview. My study of the folk faith has been difficult but slowly I am wading through the haze and things are starting to come together.

Modern magazine publication that seems to mean "eternal sorcerer" and has many pictures of modern people practicing traditions:

Dont show this to Alex Jones 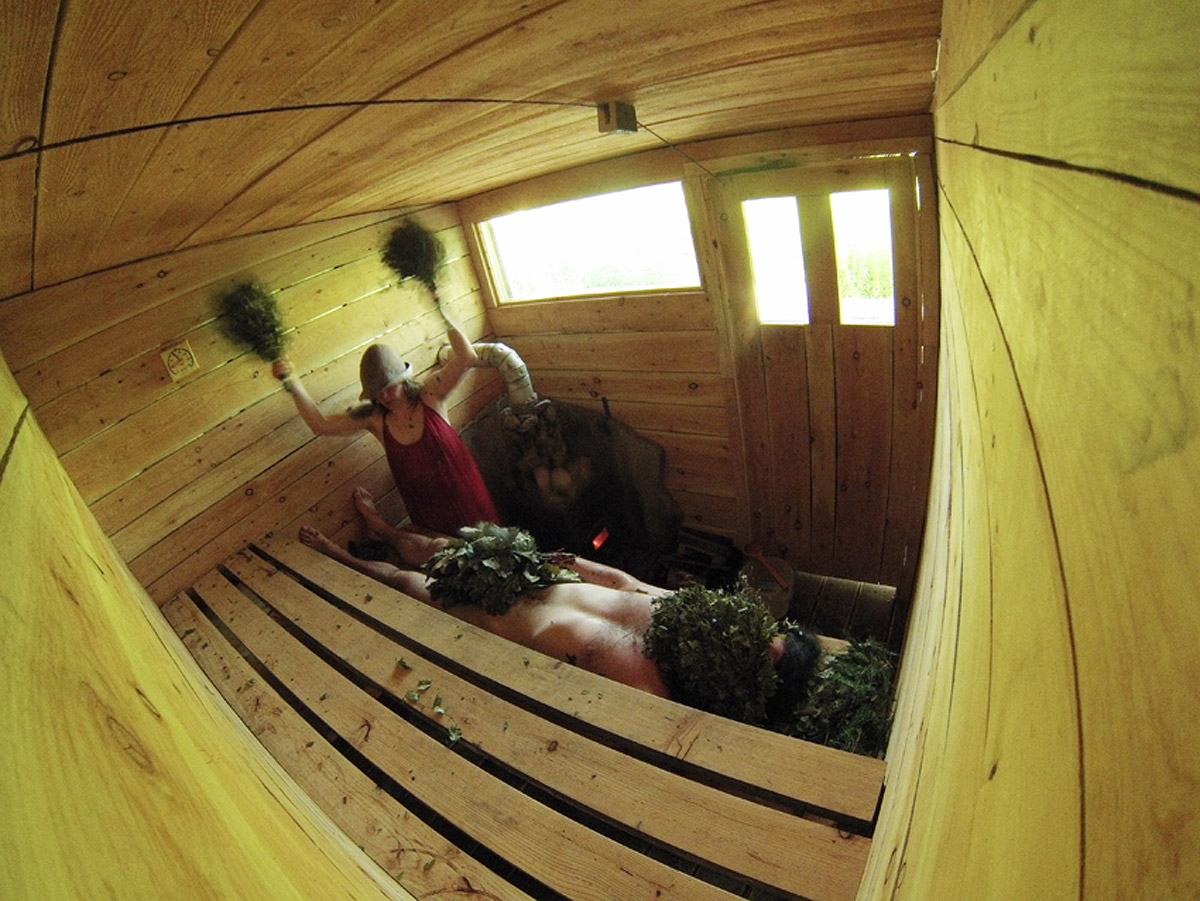 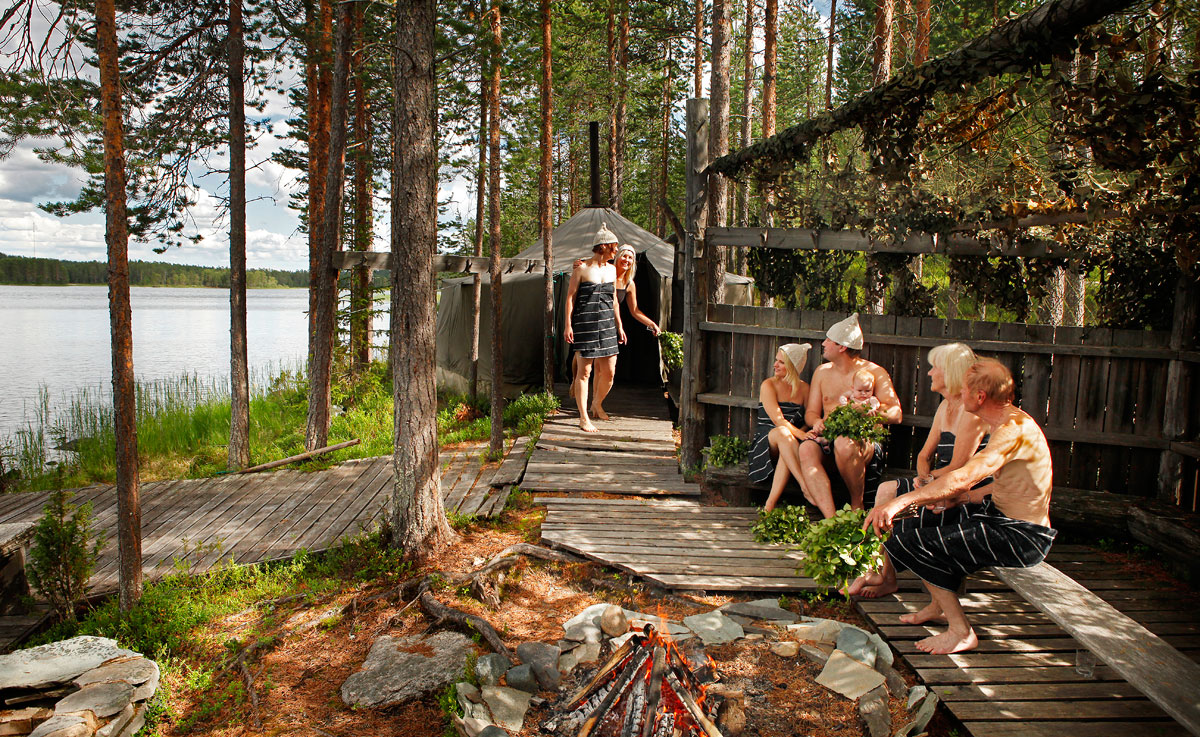