Hey all... good story here for those who may not have heard it. I just heard it yesterday, thought it was a good bit of artsy/political history

Diego Rivera was a famous Mexican painter and mural artist, sometimes also known for being the husband of Frida Khalo.

Rivera was given a 3-page contract depicting the details of the commission:

The mural was instructed to be titled “Man at the Crossroads Looking with Hope and High Vision to the Choosing of a New and Better Future.”. (I thought this was an interesting title to be requested by Rockefellers because of the connotation of 'crossroads' being a place where deals with the devil can be made). The idea, according to the Rockefellers, was to show ‘human intelligence in control of the forces of nature.’ (again, is this not the Luciferian path?)

One wonders what made the Rockefellers think that Rivera's vision would be the same as theirs.

Rivera had made sketches of the mural beforehand, getting them approved and whatnot, but when he actually painted it in Rockefeller Centre, he changed the design and added elements deemed insulting to the Rockefeller family and their vision.

He included a portrait of Vladimir Lenin on the Communist side, opposite an unflattering portrait of John D Rockefeller drinking martinis with a harlot. The mural clearly showed a critical comparison between capitalist and Marxist ideologies, where the theme of 'The Crossroads' being which way Man was to follow. This was clearly not the intention that the Rockefellers had envisioned, yet it should have been no surprise to anyone familiar with Rivera's work.

John D I'm guessing didn't really look too deeply at Rivera's resume, being quoted saying: “As for Rivera, although I do not personally care for much of his work, he seems to have become very popular just now and will probably be a good drawing card,”. (lol)

Its interesting to note that Rivera received a great deal of criticism from his Leftist/Socialist fans and friends for taking the commission in the first place from someone like the Rockefellers. He was even kicked out of the Mexican Communist party for it. Speculation on whether Rivera sabotaged his own commission because of the pressure, or whether it was a badass ploy from the very beginning is debated

ANYWAYS when completed, Rockefellers demanded that Rivera make changes to the mural, including scrubbing out the portrait of Lenin.

A controversy arose, and the Rockefellers HAD THE MURAL DESTROYED.

“One night, after getting rid of spectators, an incongruously large force of guards and attendants covered the picture,” Rivera continued in his statement. “We are confident that the workers will yet unveil our buried mural, and if it be destroyed or incomplete, they will create out of their own midst the artists of tomorrow who will fulfill our intentions and carry revolutionary art to far greater heights.”


Later, back in Mexico, he re-created the mural (though on a smaller scale): 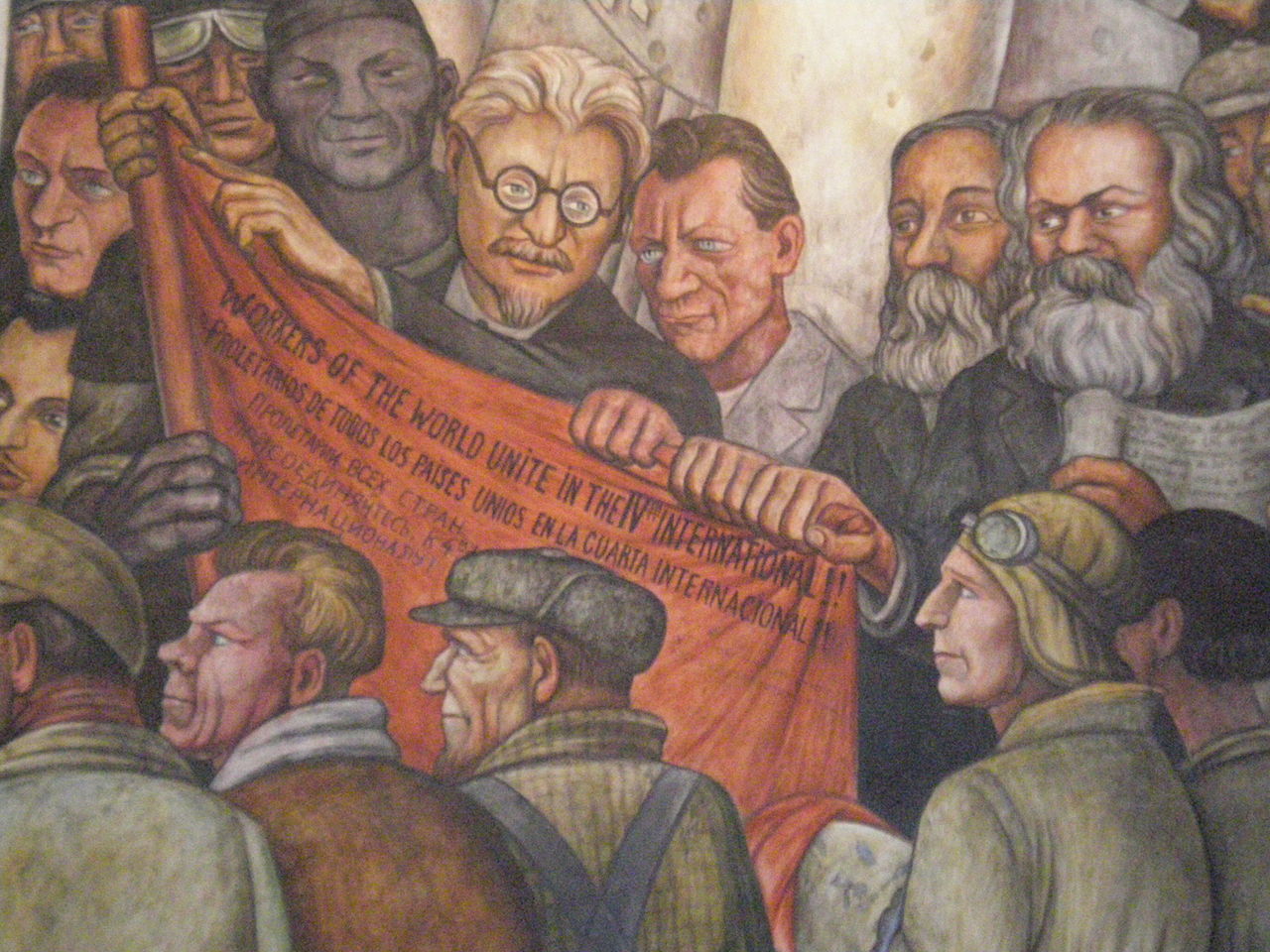 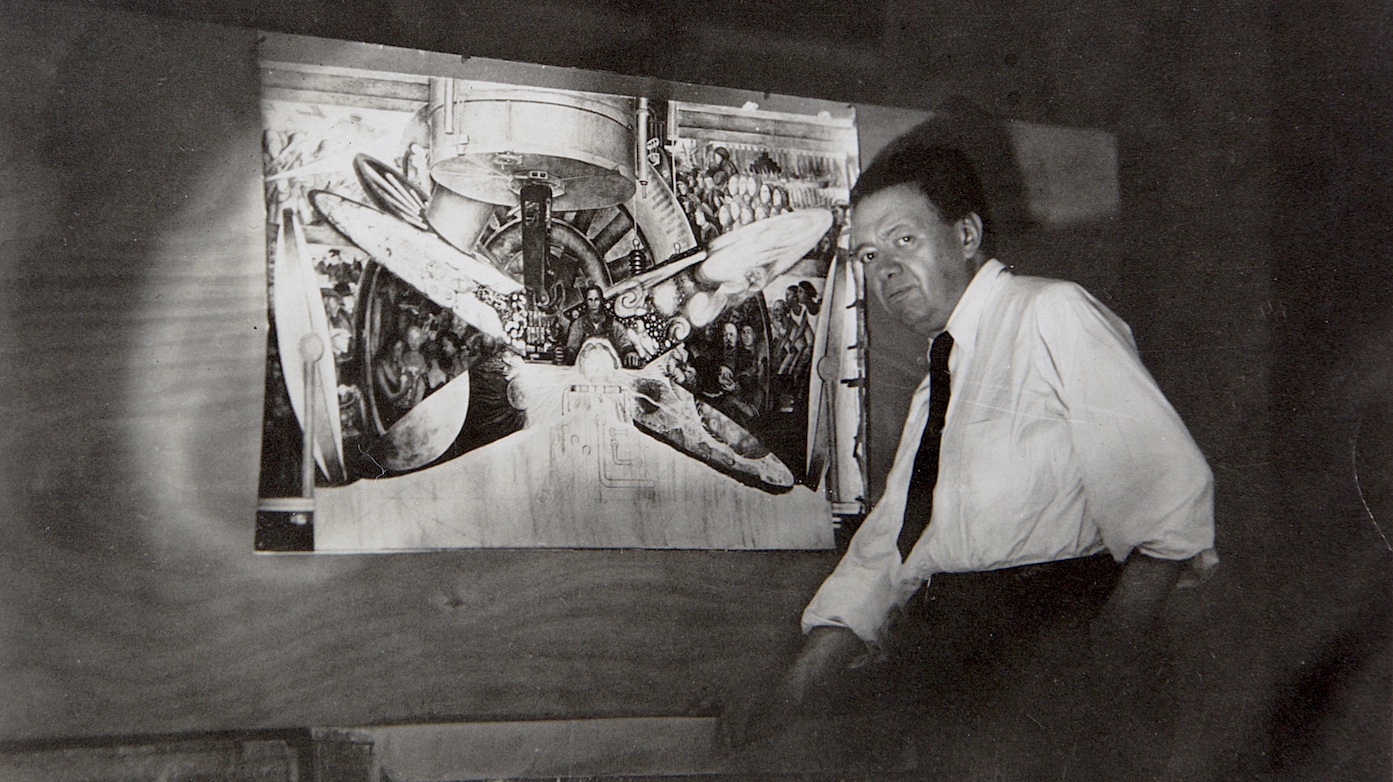 Rivera with his wife Frida Khalo next to the mural-in-progress: 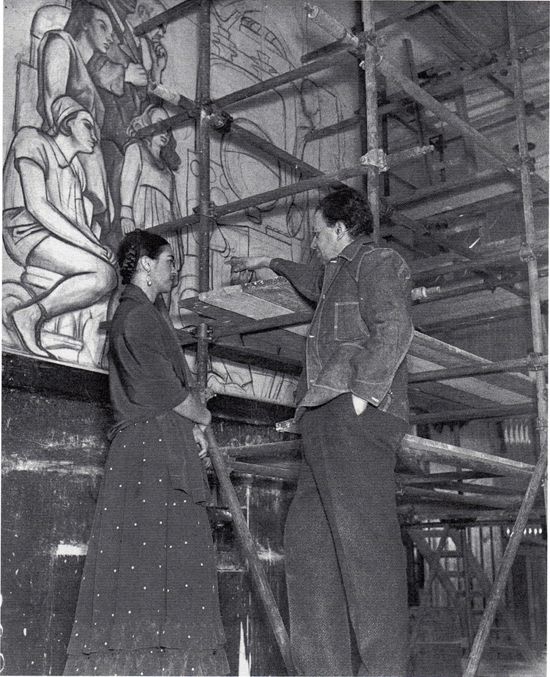 Re: Diego Rivera VS Rockefeller

I wonder what Diego would have thought of the idea that the Rockefellers, though via Capitalist means, are thought by some to be ultimately working towards global Communist ends.

Re: Diego Rivera VS Rockefeller

Here is a link where you can view the re-created mural bigger and look around:

I cannot find the 'unflattering portrait of John D Rockefeller drinking with a Harlot'. I would have thought it was opposite Lenin but all I see there are some ritzy people gambling, smoking and drinking
Post Reply
3 posts • Page 1 of 1