Sent from our old friend greenseed

Haven't listened yet but I trust his judgement

It’s 1990. The Berlin Wall has just come down. The Soviet Union is on the verge of collapse. A heavy metal band from West Germany, the Scorpions, releases a power ballad, “Wind of Change.” The song becomes the soundtrack to the peaceful revolution sweeping Europe — and one of the biggest rock singles ever. According to some fans, it’s the song that ended the Cold War.

This is Patrick’s journey to find the truth. Among former operatives and leather-clad rockers, from Moscow to Kiev to a GI Joe convention in Ohio, it’s a story about spies doing the unthinkable, about propaganda hidden in pop music, and a maze of government secrets. “Wind of Change.” An offbeat eight part investigation 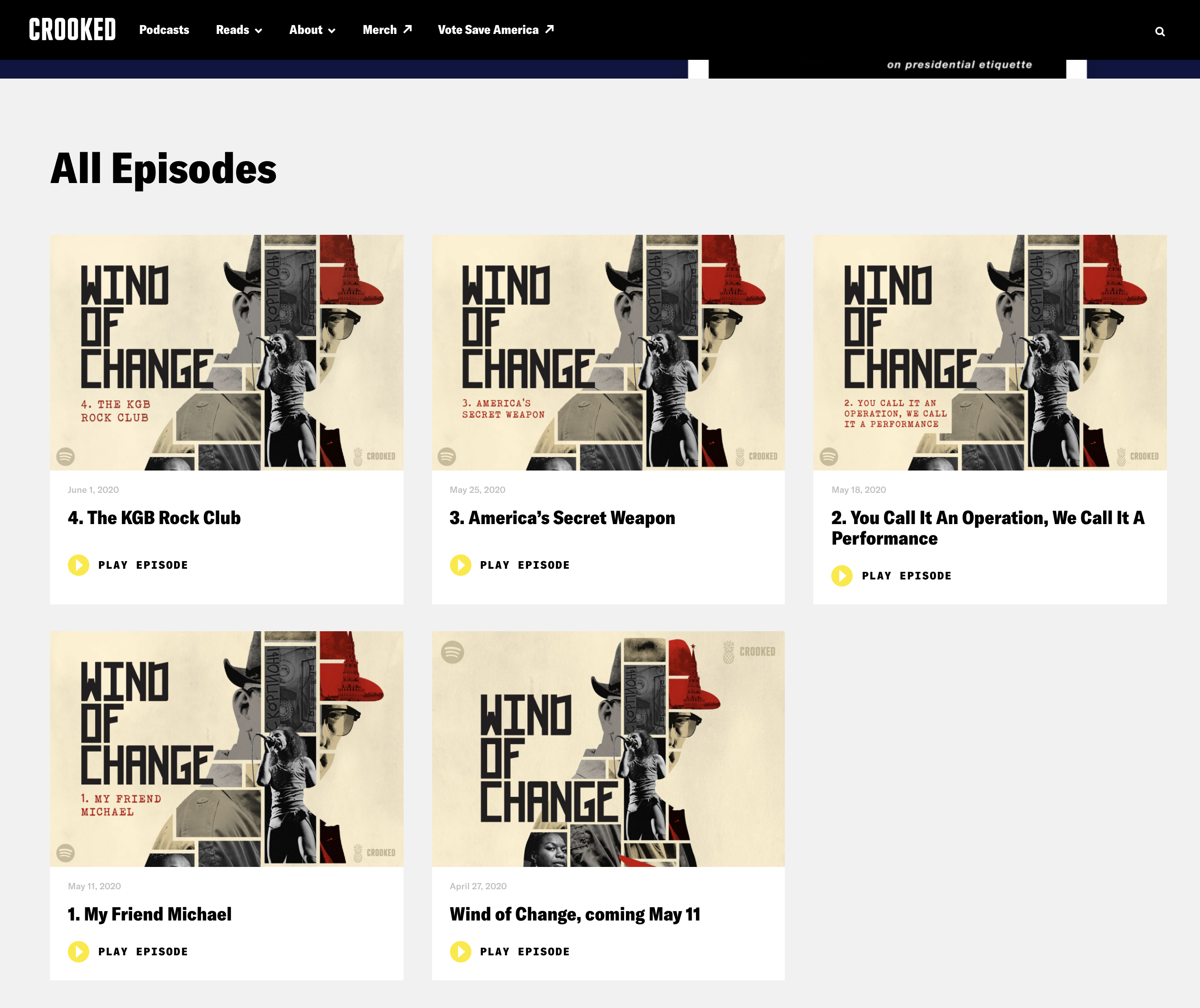 It's pretty much confirmed imo that the govt uses popular music for societal control
People say they all want the truth, but when they are confronted with a truth that disagrees with them, they balk at it as if it were an unwanted zombie apocalypse come to destroy civilization.

Very cool concept. Were you guys at the Toronto Scorpions concert from a few years ago? It was at the Molson Amphitheatre and I went with my friends and we got rained on hard before we got under the roof but it was still a good show. Of course there were some Trailer Park Boys references.

- How is Greenseed doing?
- I rent this space for advertising

- How is Greenseed doing?
- I rent this space for advertising