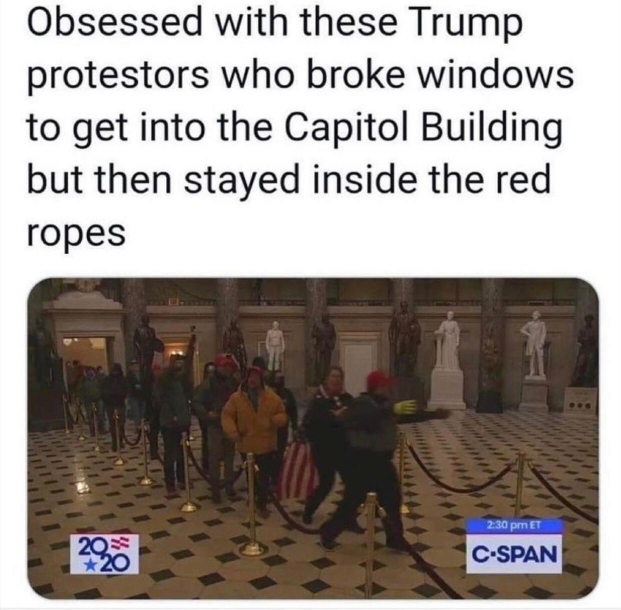 - They didn't want to break the law!
- I rent this space for advertising

- They didn't want to break the law!


Several of those FILMED OPENLY on camera inside the Capitol have also been CLEARLY seen at several other recent high profile protests, on BOTH SIDES. I will gather some stuff to post on this soon, busy day.

This smells of a total staged setup to me so far... looks fake as fuck
Question is who set it up?? lol I'm seeing false flag accusations going both ways lol All kinds of theories bouncing around I'm seeing some wild ones but don't want to jump the gun.

I am so thankful for my years researching conspiratorial info... I've been bracing for this/seeing this sort of shit coming for over a decade, I'm as ready as I could be.
Those just catching up are in for some serious confusion and paradigm crashing

Yes, and that video of the security officer who let them through... they all followed him in a straight line...lol... when does that happen?

I am wondering if some of the footage could have been recorded previously, and then inserted into whatever actually happened. Just a possibility, I've seen it done before

I'm super interested in the characters that have been clearly featured in multiple MSM events. That horn-hat guy being one of them. And the dude carrying out that statue or whatever and waving. Those guys both look fake as fuck and somehow managed to make from page news more than once. Seriously wtf lol

they just stood down

Guy wearing a shirt with AUCHWITZ on it: 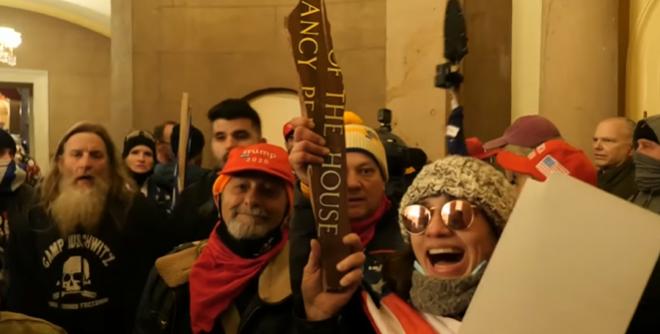 Among the Auchwitz guy... 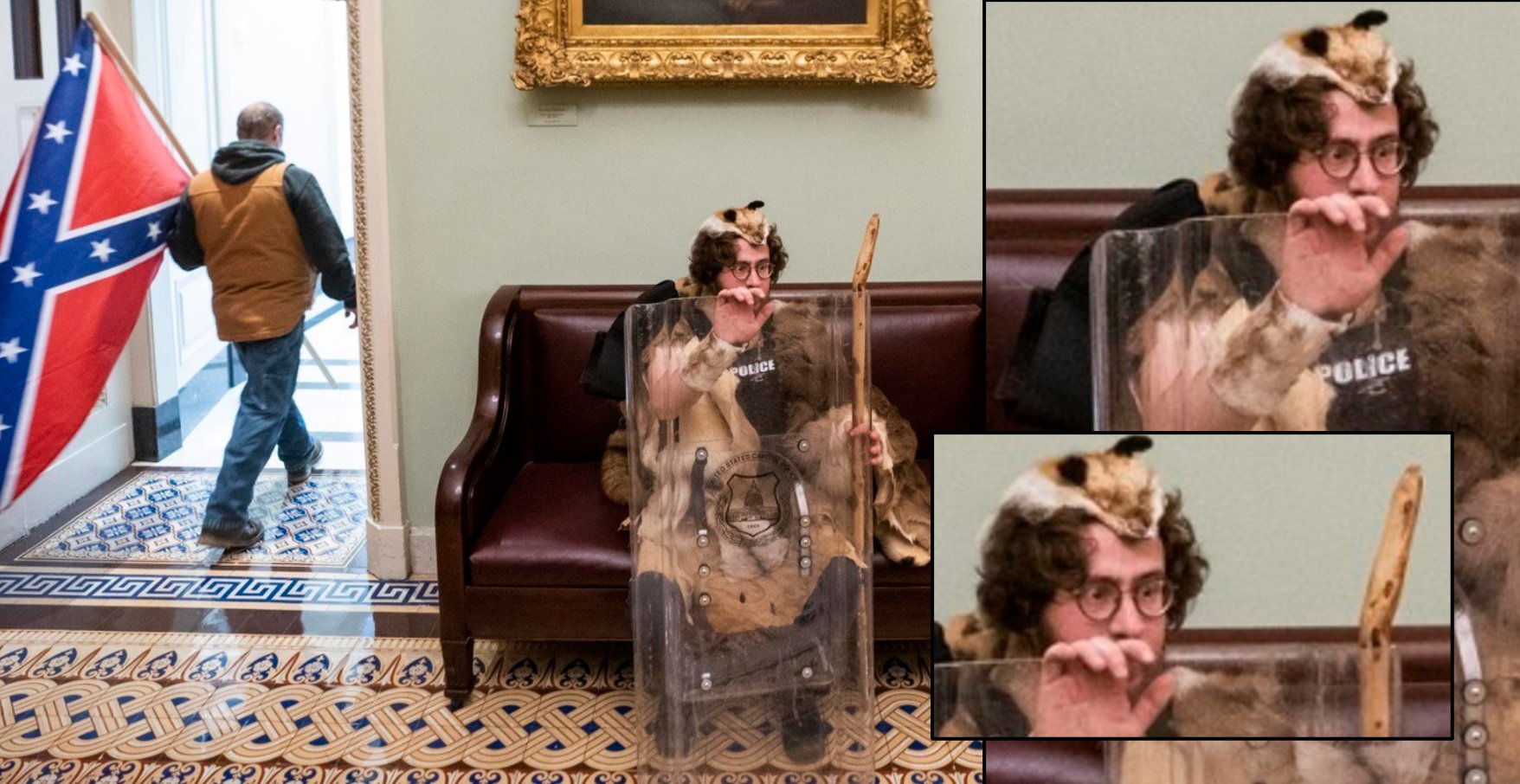 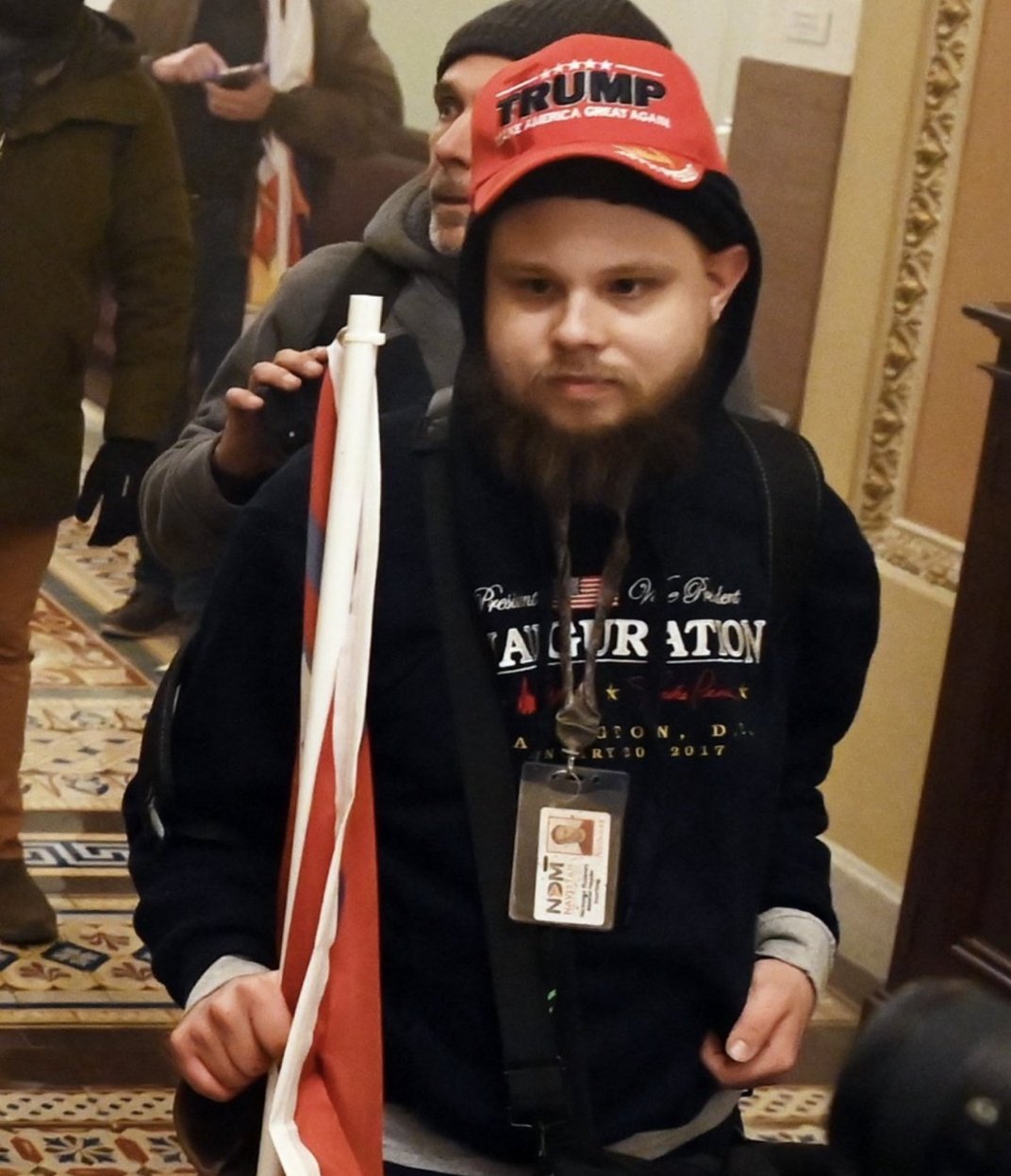 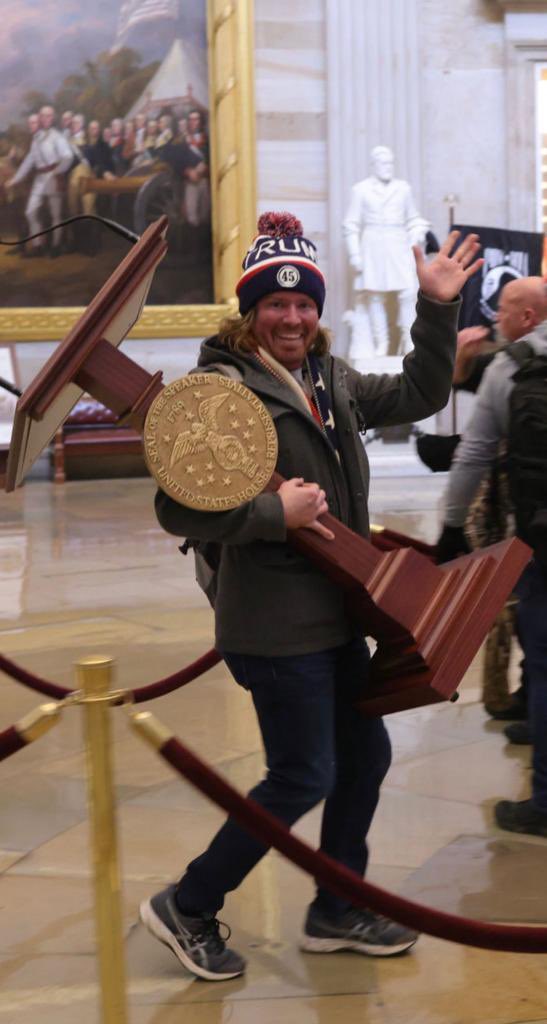 ** this guy was also featured at BLM protests: 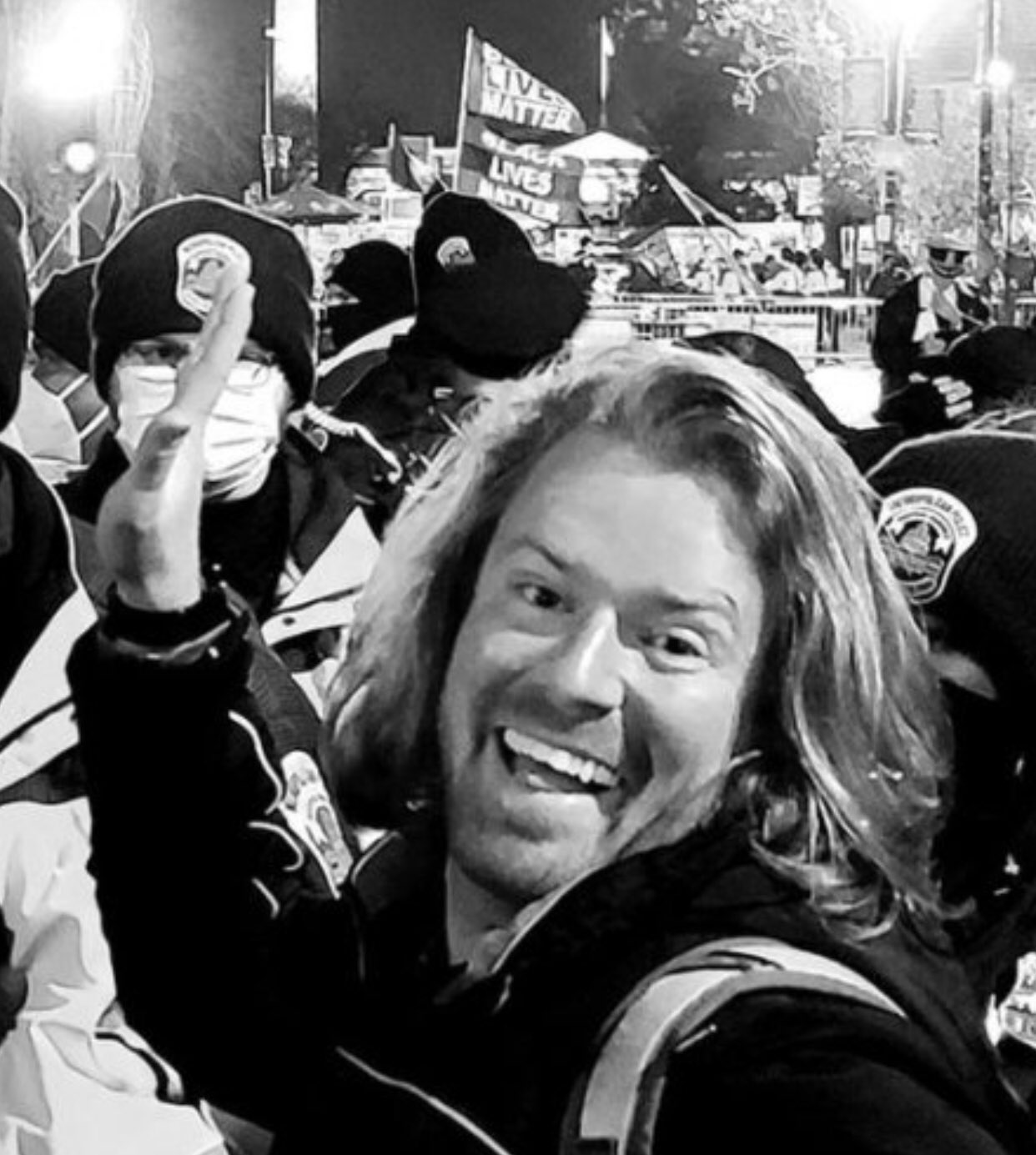 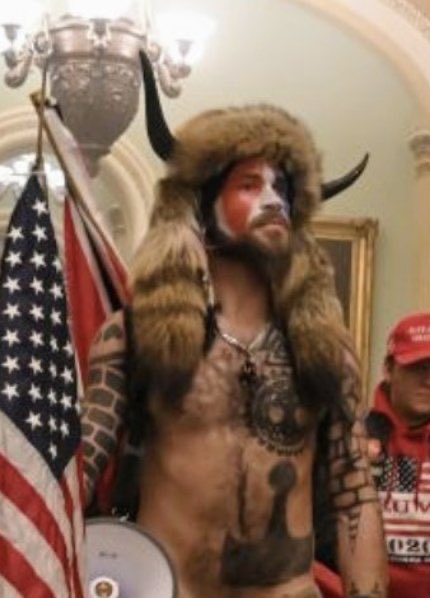 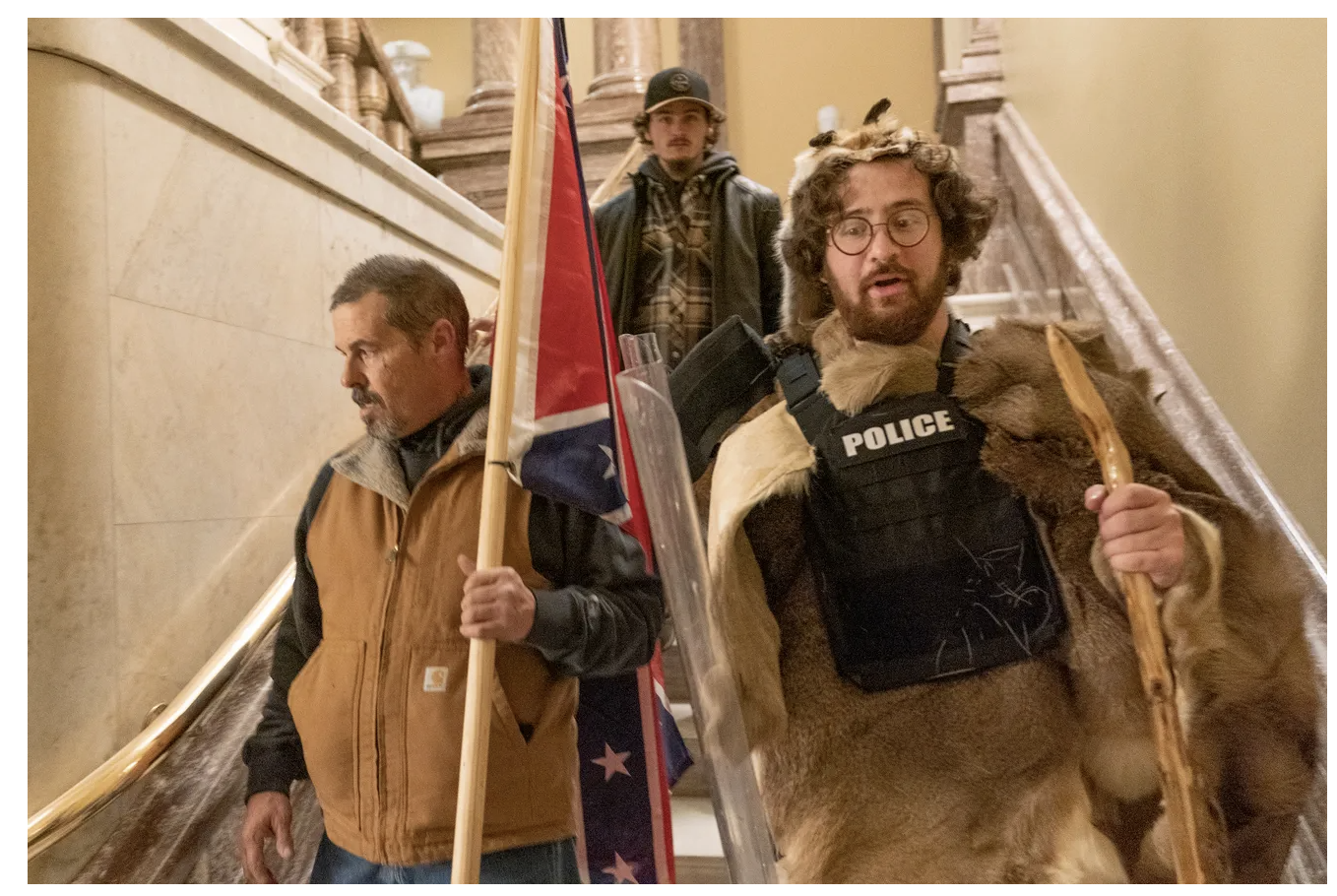 Does this look like a panicked situation to you, where SWAT teams are likely to swarm in at any second? 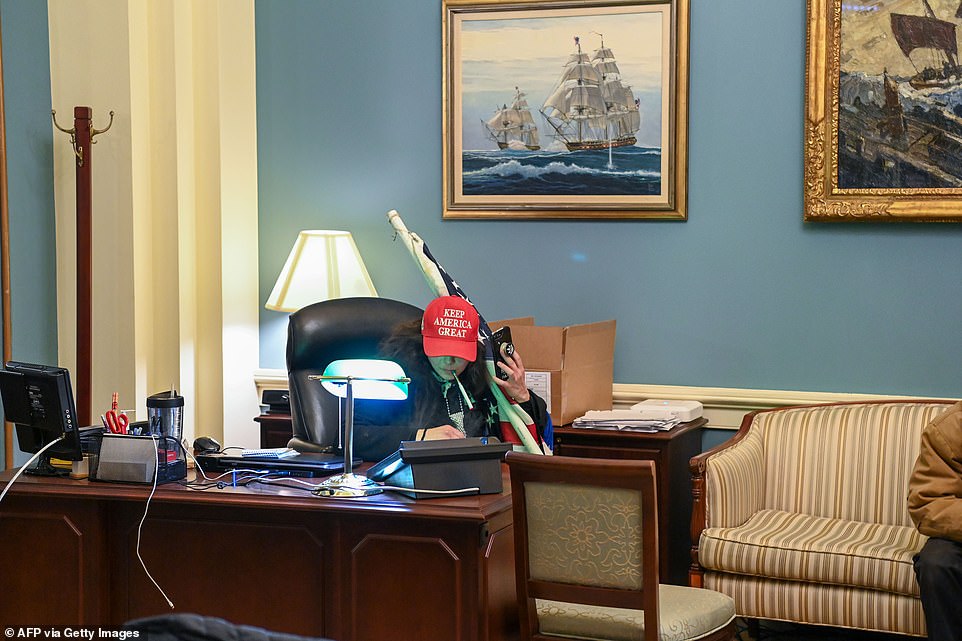 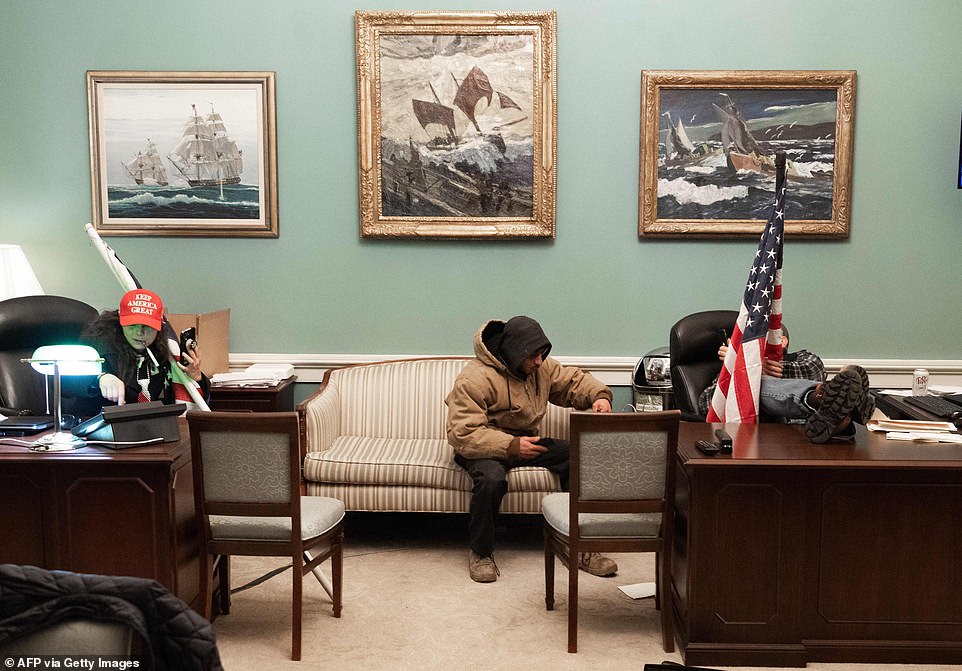 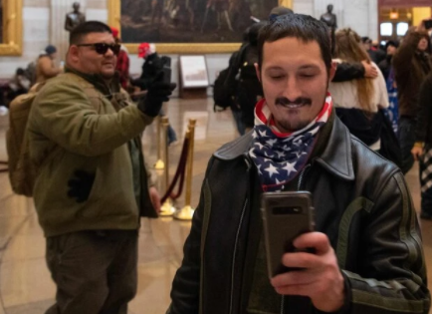 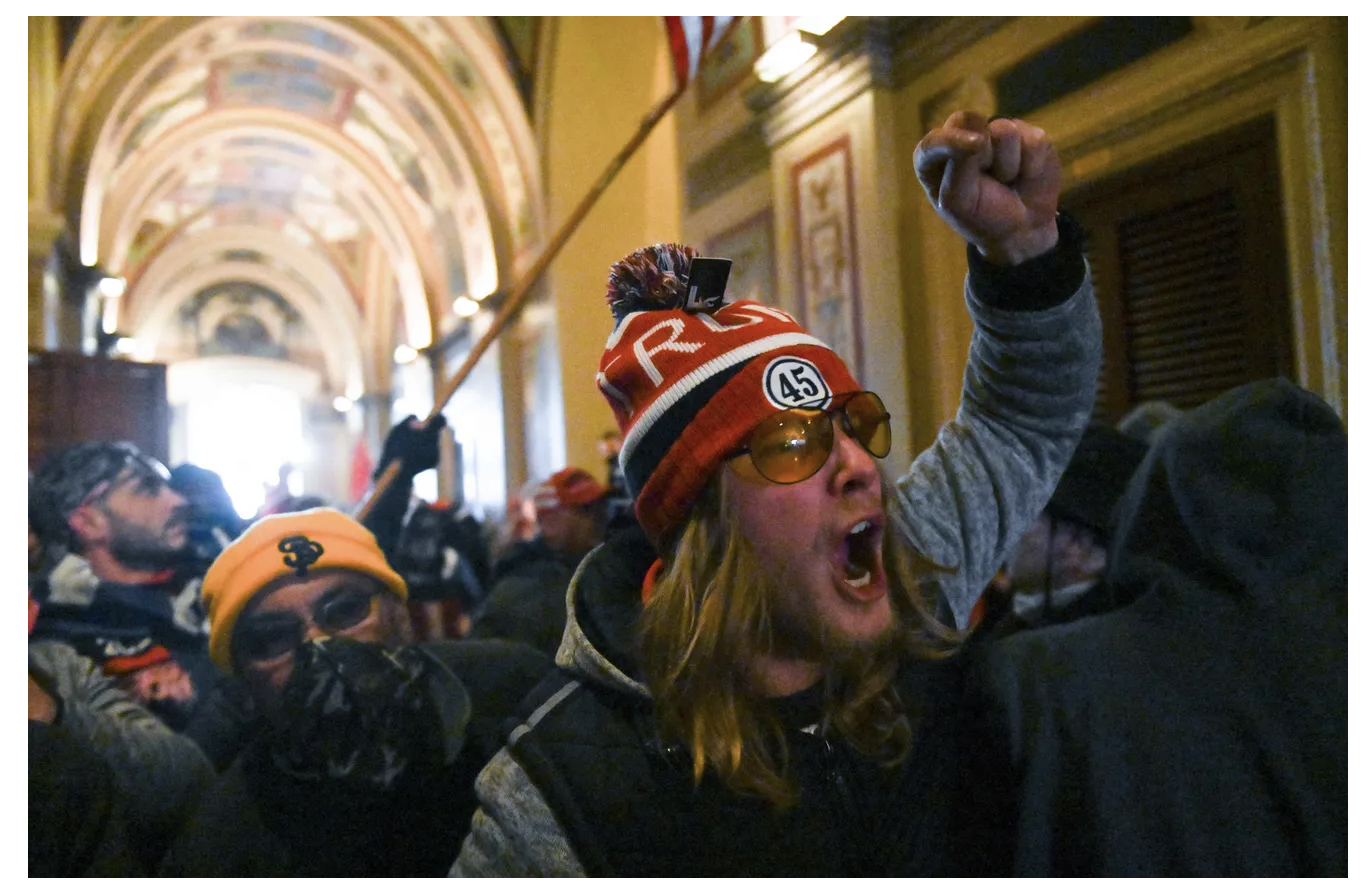 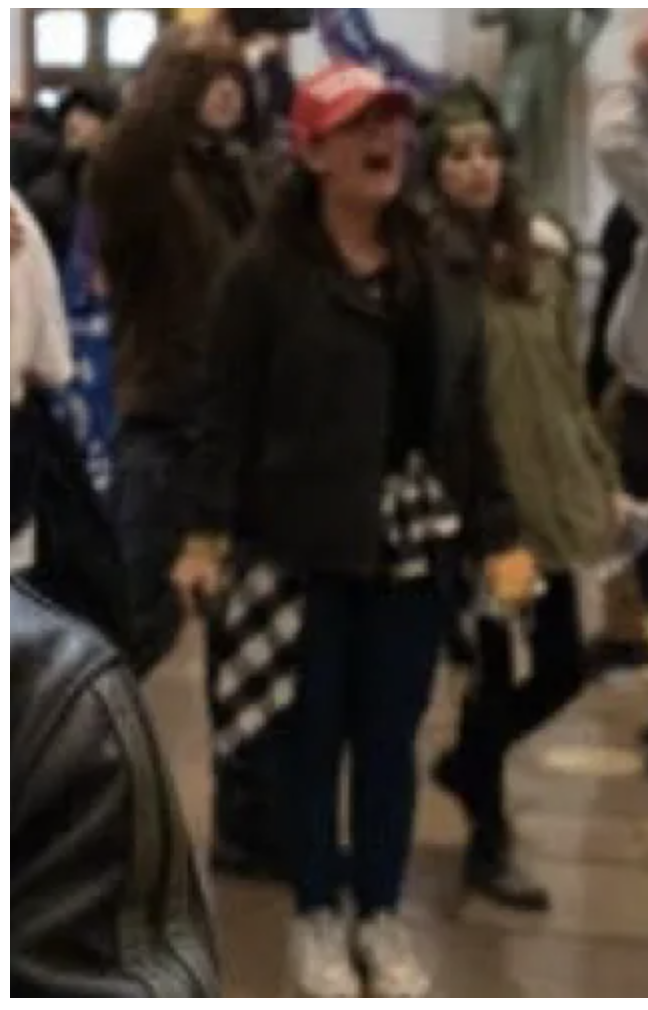