Is this worth getting excited about? 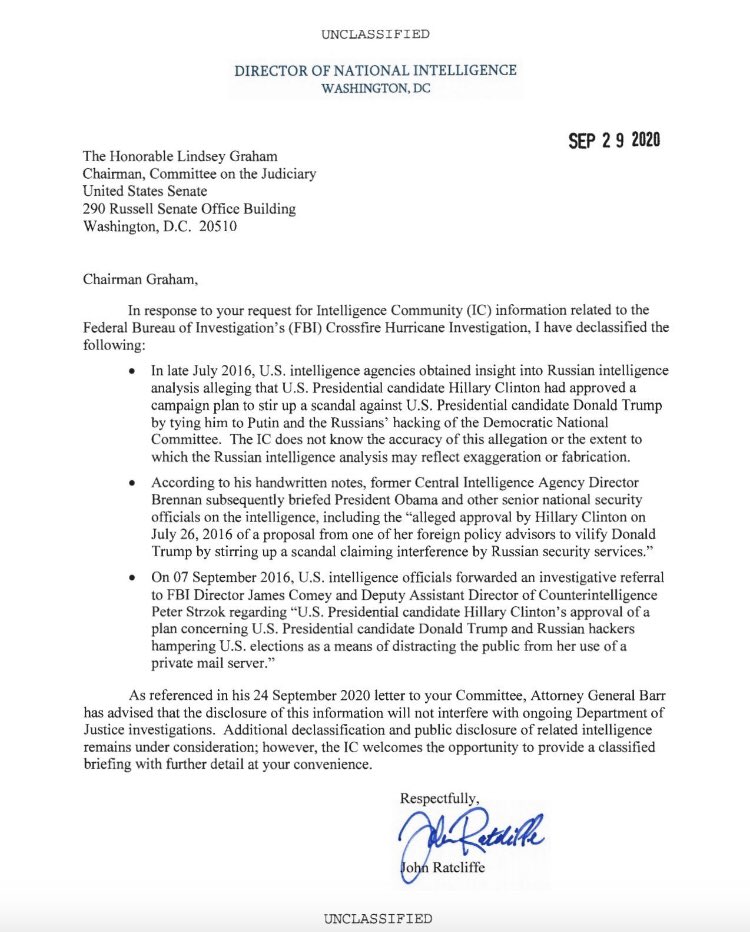 Threatens that they have declassified documents that show that Russiagate was premeditated and signed off as an approved plan by Killary, Brennan, Barry, Comey/FBI, and the Dems gang

This was posted by Trump Jr:

Will there be an October Surprise?

What shit will be slung as we approach the election? what bombs will be dropped?

Or will they play it amicably?

I think this will be the answer to the question of whether or not Trump is actually against the grain, or if its all part of a big show again heading for the same place.

The Q fans are expecting some major shots to be fired, much talk of new documents proving all kinds of crimes to the DNC. But will they actually come out? Will any 'swamp draining' be done? or is this just more bait to keep us all strung along for another 4 years of charade?


This guy says the proof about Benghazi exists and he claims it is already in the hands of many people able to prosecute. Says the Bin Laden kill story was a setup to help election campaigns (it was right before elections), and that Killary and Obama etc ordered Seal Team 6 shot down. Says this info is in play and cannot be stopped.

I like to hope but its hanging by a thread