Qanon is a reboot of Publius Enigma & Operation Trust

Daglord when did you start that Trump Trojan Horse thread? Was like 5 years ago, you called it from the start bro.

The idea that the same play has been used before to curb public opinion and steer the politics is fascinating. In hindsight, this whole Trump and Q was really quite a genius play, and its only just beginning imo
The people would have surely figured things out and revolted by now imo had they not given us some false hope and acted the pied piper for all those who were starting to wake up...

Hope y'all stocked up on popcorn

I sometimes think it may be falling apart, but could be wrong.

I've seen more pushback on the Q pysop lately, at least compared to a few years ago.

yep. even some of the more conspiracy minded people are starting to call bullshit.

It's now mostly laughable "Q proofs" being pushed, which are either false or don't mean anything when looked at through the lens of a psyop.

Farrell sees a sophisticated disinformation campaign aimed at the independent research community to create an Imitation Wikileaks vehicle that will act as an All-knowing Oracle Insider for a variety of important Geopolitical situations. It is apparently designed to propagate the promise of Cabal Arrests and Elites being tried at Gitmo as a kind of Soma to pacify the growing online audience that are raising questions about the actions of the Deep State on a global scale! 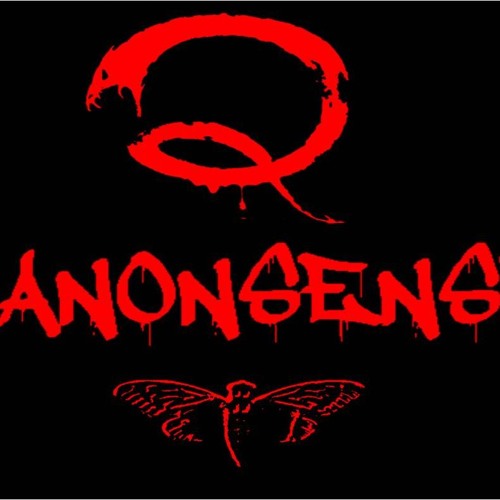 The thing that has always bothered me about the Q phenomena is that like social media of any kind there are all sorts of conspiracy theories being offered and yet we see that they are proven to be riddled with photoshopped work, false predictions and forged “codes” that turn out to be product serial numbers, but that hasn’t shaken the faith of the true believers.

Like so many prophetic cults, every failed prediction is dismissed and waived away, while the vaguest and most tenuous connections are held up as “proofs.”

The government think tanks know that the only way to catch that awakening group and to hoist it on board is to feed it with the bait that tastes good, taking the bait is easy if the worm is about to turn.

The media only handles the QAnon phenomenon by insulting Trump supporters without even trying to analyze how these things transpire and how many “internet movements” are mysteriously usurped and eventually overtaken by evil influences and forces that have bottomless pockets capable of gutting anything that gives conspiracy theorists and edge in the information war.

It can also be used as controlled opposition.

You only give credence to a “conspiracy theory” when you want your “trusted” status to make your readers ignore it. The problem that the times aren’t taking into consideration is trust is extremely low for the mainstream media. This is why QAnon is growing in followers — it is interesting to watch and it terrifies me to think that whoever is behind it has a lot of power and could be a detriment to the old school ways of critically analyzing conspiracy theory.

Honestly, anyone can go into Reddit or 4chan post cryptic conspiracy haiku’s and with the law of probability they just become fact – and those without the ability of critical thinking will not question these couplets and spread their poison.

I would even go as far as to speculate that Q is a product created by the Global Engagement Center.

Josh Sigurdson sits down with David Icke, world famous researcher and theorist to talk about the absurdity of QAnon, an obvious psyop meant to distract people and keep them apathetic to Trump regardless of what he does. The idea is that everyone should "trust the plan" and lay back. No one should take action because some so-called "white hats" are working behind the scenes to save them.

Now we know here at WAM that we won't win any points by making this video, but this is about consistency and not allowing the populace to be distracted by faceless movements there to confuse people and misdirect millions of people. David Icke also breaks down his thoughts on the recent coup in Venezuela as Trump declares Juan Guaido the "legitimate" president of the country as Maduro ends whatever relationship remained with the United States. David Icke talks about the history of movements meant to distract, divide and destroy.

"...the only way to catch that awakening group and to hoist it on board is to feed it with the bait that tastes good"


I like the part where he describes the repeating pattern of Soros and co (extreme Left) going into countries to lay the groundwork by creating unrest, then the NeoCons (extreme Right) come in with the troops to complete the regime change. Extreme Right and Left both working in tandem for the same master...

Q shared this last night, kinda makes you wonder if psyop or just another 4chan troll. hard time believing a psyop would be so sloppy or careless (unless trying to discredit itself).

the first link was an obvious FB satire site.

the 2nd is a fake 'cannibal club' website that has been debunked for years: http://www.cannibalclub.org/index.html

The private restaurant has long operated under the radar in Los Angeles, with rumors circulating about who has attended and what is really served behind closed doors. Now a leaked Cannibal Club document has exposed some of the notorious restaurant’s “elite” patrons.

Specializing in the preparation of human meat, Cannibal Club brings the cutting edge of experimental cuisine to the refined palates of L.A.’s cultural elite. Our master chefs hail from around the world for the opportunity to practice their craft free of compromise and unbounded by convention. You're saying the Cannibal Club is not real, yet the Q post is insinuating that it is?
just clarifying
Post Reply
15 posts